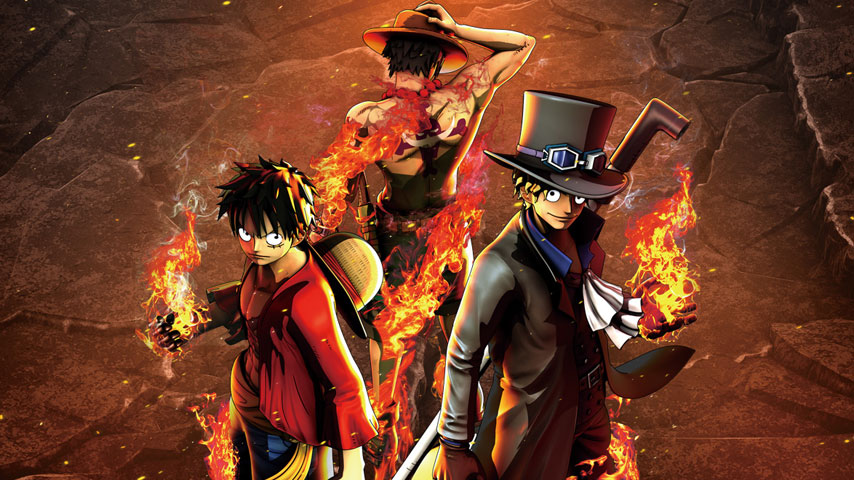 One Piece Burning Blood scan has been leaked and reveals that Gear 4 Luffy will not only be part of the game, but playable in the upcoming Jump Festa demo. The rest of the scan fluffs up the power of Luffy’s new form. There’s a mistake on the scan which says the game is for PS4 and PS3 when it’s actually supposed to be PS4 and PSV (that is properly placed in the consoles area) which might have been an oversight on their part.

In Burning Blood you will gain the power of Gear 4!!

The bound-man himself pushes himself onto the battlefield!!

We’ll be able to transform into Luffy’s 4th Gear form!?

Luffy can even became Gear 4!!

Doflamingo is pretty strong but now we can push him with our brand new ultimate combo attack!!

(left side black in yellow in the top left screenshot)

(black in yellow on the left side 2nd screenshot)

(right side white in red glow)

“You will never be able to lay a hand nor foot on me!!”

After Luffy activates his Haki during his giant form, he will be able to fire off some destructive attacks against his enemies!!

(middle black in yellow over the doflamingo screenshot)

Welcome and I hope you enjoy the power of elasticity, You would’ve never thought it was that strong, but when Luffy becomes Gear 4, that’s when everything begins to get interesting! It’s important to pay attention to when Luffy goes from his normal mode up until his Gear 4 form!!

Experience the power of Gear 4 at Jump Festa!!