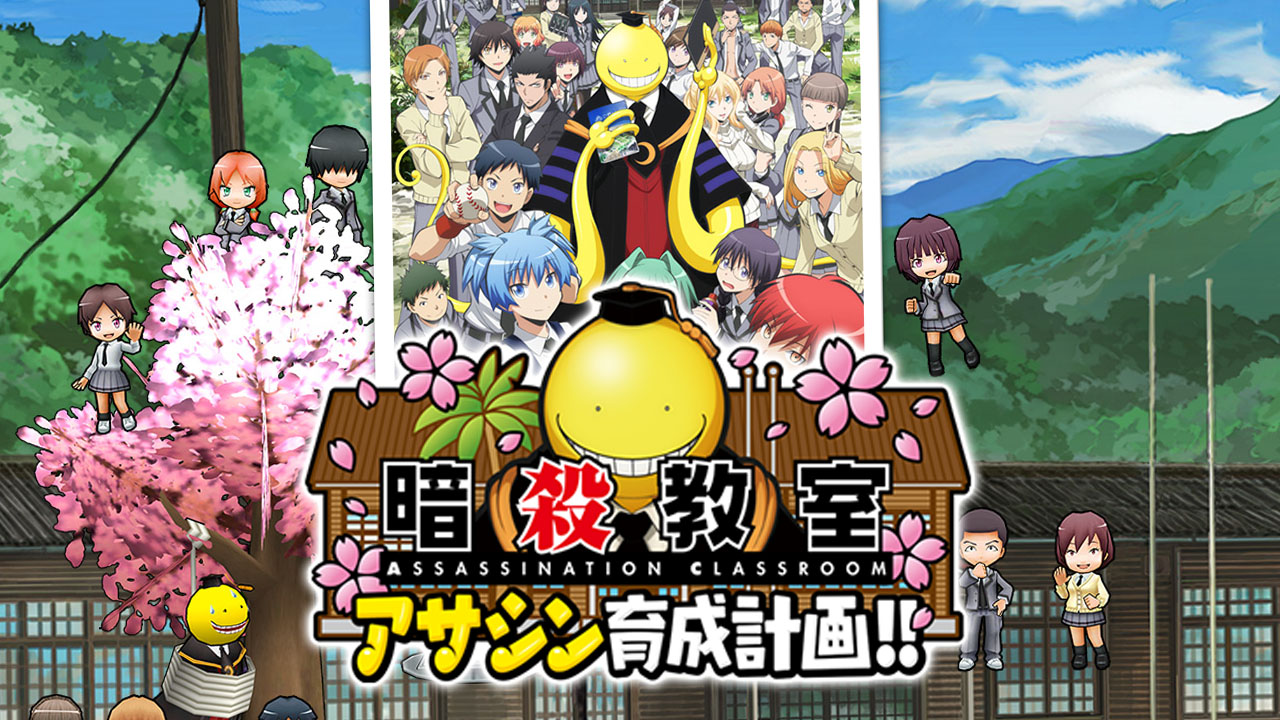 Bandai Namco Entertainment has revealed that “Assassination Classroom: Assassin Training Plan!!” will launch on March 24th, 2016 for Nintendo 3DS pricing both the physical and digital versions at 5700yen ($47 USD).

Within this title, the player will take on the role of a 3-E student, partake in school events and tests, and experience the world of Assassination Classroom while trying to assassinate Koro-Sensei within the game’s time limit.

Communicate with characters like Nagisa and Karma, clear missions and battles, and create the ultimate assassin that fits your style.

In addition, the official website has more information on the first print bonus items including: a custom theme for the 3DS and a “Ryotsu Satsukichi” item for Koro Sensei. A twitter popularity contest is currently underway to decide the character for the 3DS custom theme. You can vote on your favourite characters via the official site here: http://ansatsu-game.bn-ent.net/cp/