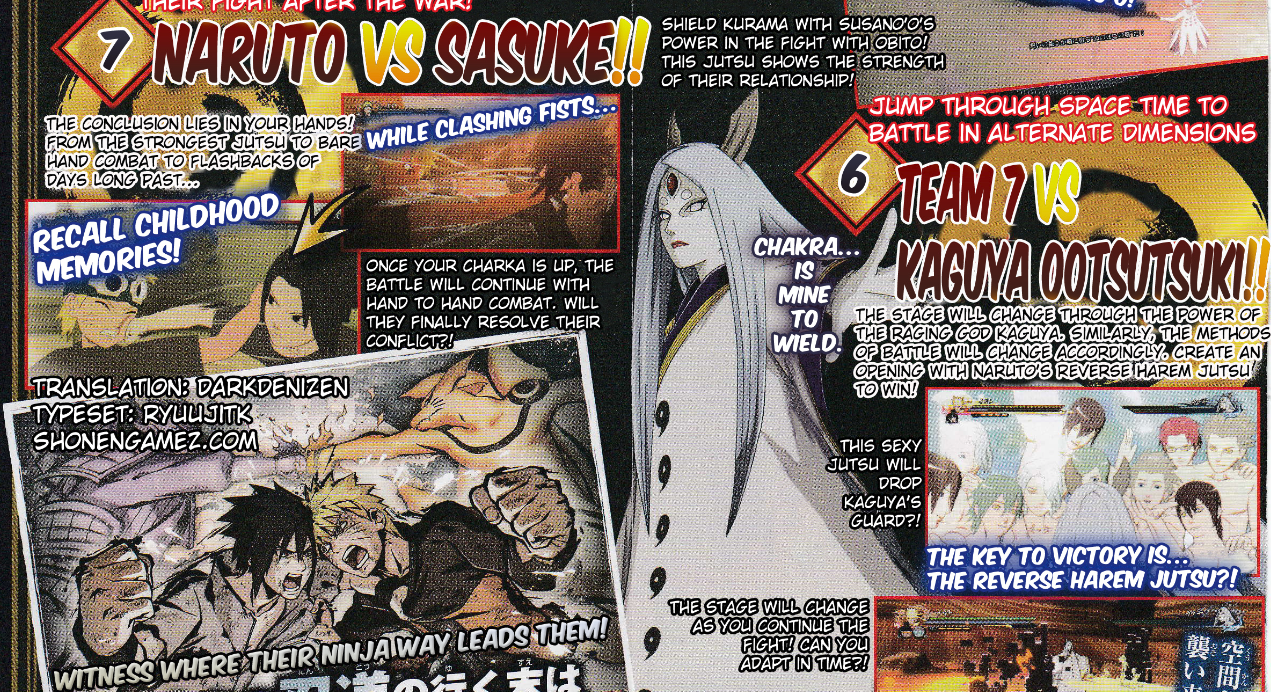 With Naruto Shippuden: Ultimate Ninja Storm 4 releasing soon on PS4, Xbox One, and PC, the latest issue of V-Jump reveals an abundance of details regarding the upcoming anime fighting game by CyberConnect2.

The first can features the boss battles that will be included in the game’s story mode, such as Team 7 vs the Jyuubi, Kurama vs. the Juubi, as well as the final battles of the series—Team 7 vs. Kaguya Ootsutsuki and Naruto vs. Sasuke. In the “Team 7 vs. Kaguya” part of the scan, we can see Naruto’s reverse harem jutsu in action as well. That scan also shows that many of Naruto’s and Sasuke’s previous encounters will be shown during their final battle.

The next set of scan features the Ninja World, which you will be able to explore after finishing the final battle. Players will be able to roam around multiple villages, including Konoha, Sunagakure and Amegakure, as well as Turtle Island, where players will be able to complete quests. Additionally, the scans also reveals information on Tournament mode, and character requests.

Lastly, the final scan details on the original stories that will be featured in the game’s story mode. By collecting the memory shards, you will be able to experience Naruto’s ninja way. The game will have over 50 memory shards to collect. It also details that completing Ebisu’s 50 conditions of strength will unlock elite Shinobi.

Naruto Shippuden: Ultimate Ninja Storm 4 will be releasing in Japan on February 4th, and February 9th in North America. Check out the scans below: