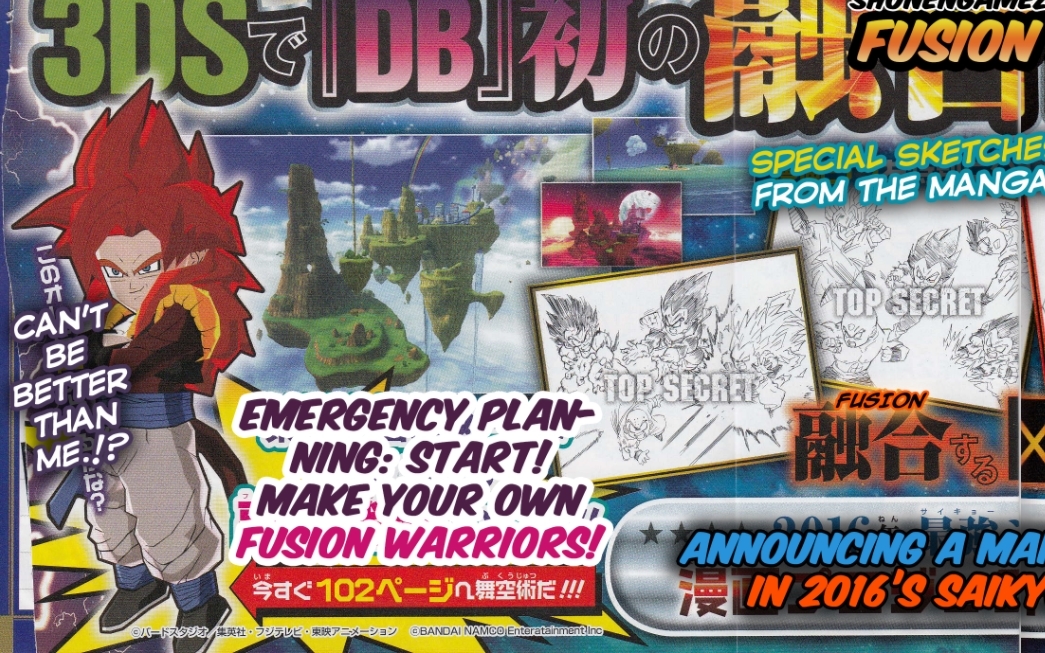 Dragon Ball Project Fusion has been announced in this month’s latest V-Jump magazine and it will be bringing many characters from the Dragon Ball Universe and allowing players to fuse with every character according to the scan. Not only will characters be fusing, but cities, buildings and islands as well.

There will be a running theme of infinite possibilities for fusions (with Goku and Broly being the prime example). A manga project has also been announced in Saikyou Jump most likely in relation to the upcoming game.

Dragon Ball Project Fusion will release on the Nintendo 3DS sometime this year and no word of it coming overseas as of yet.

Update: This scan seems to confirm that characters from the anime, games and card games can be fused as well. Although not confirmed, it’s possible that we’ll be seeing Dragon Ball Heroes characters and fusions in the game.

Also whoever wins the fusion drawing contest in Japan may have their fusion warrior appear in the upcoming manga.

Credit to Jeremy Treevax for the black and white scan.