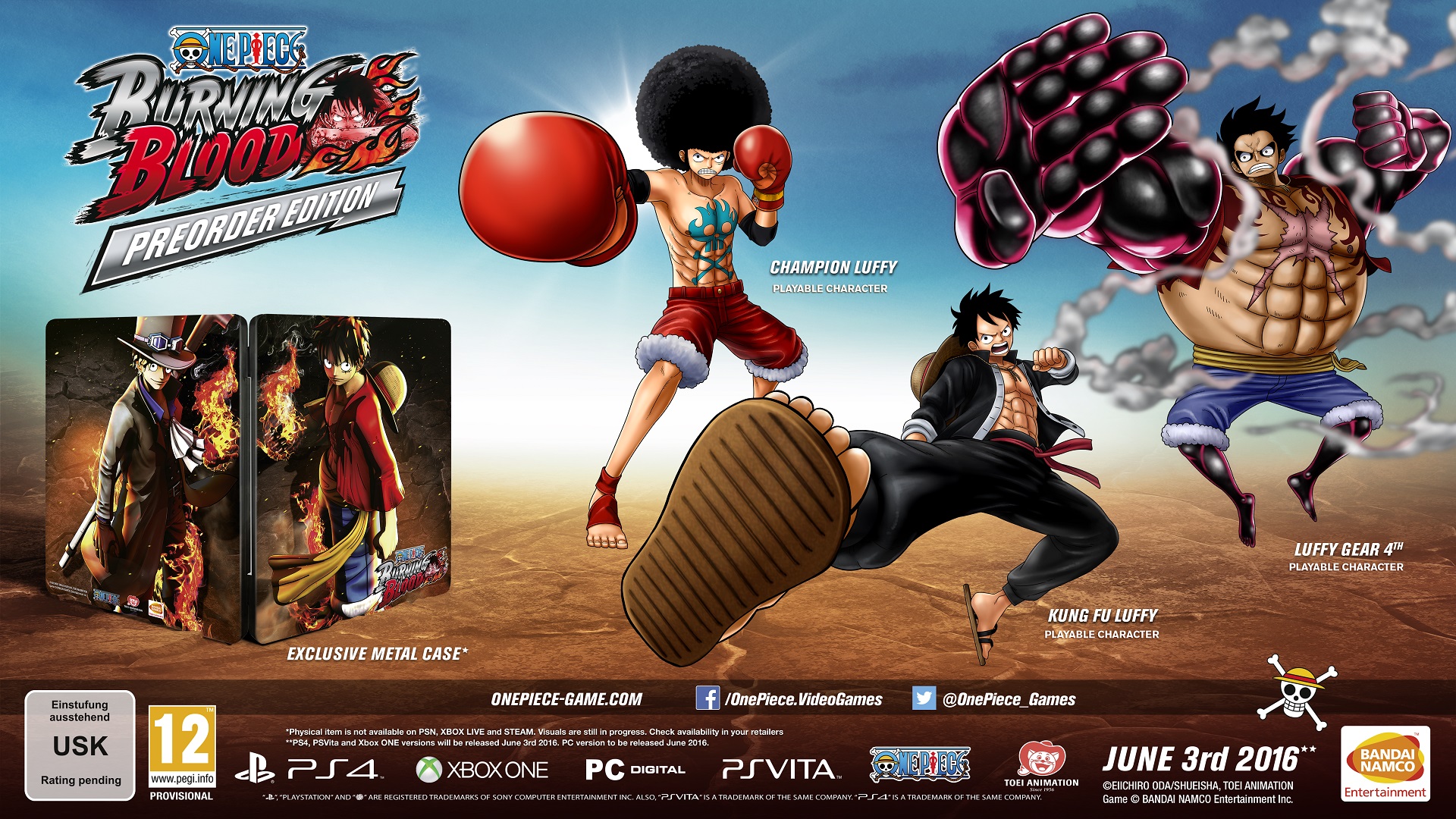 Bandai Namco Europe has announced that One Piece: Burning Blood will be releasing on June 3rd along with the reveal of two playable characters which are Champion Luffy (I call him Afro Luffy) and Kung-Fu Luffy.

There’s no confirmation on whether these two characters will have new movesets or not, but if they’re going to call them playable and not costumes then we can assume that they will be different in some form.