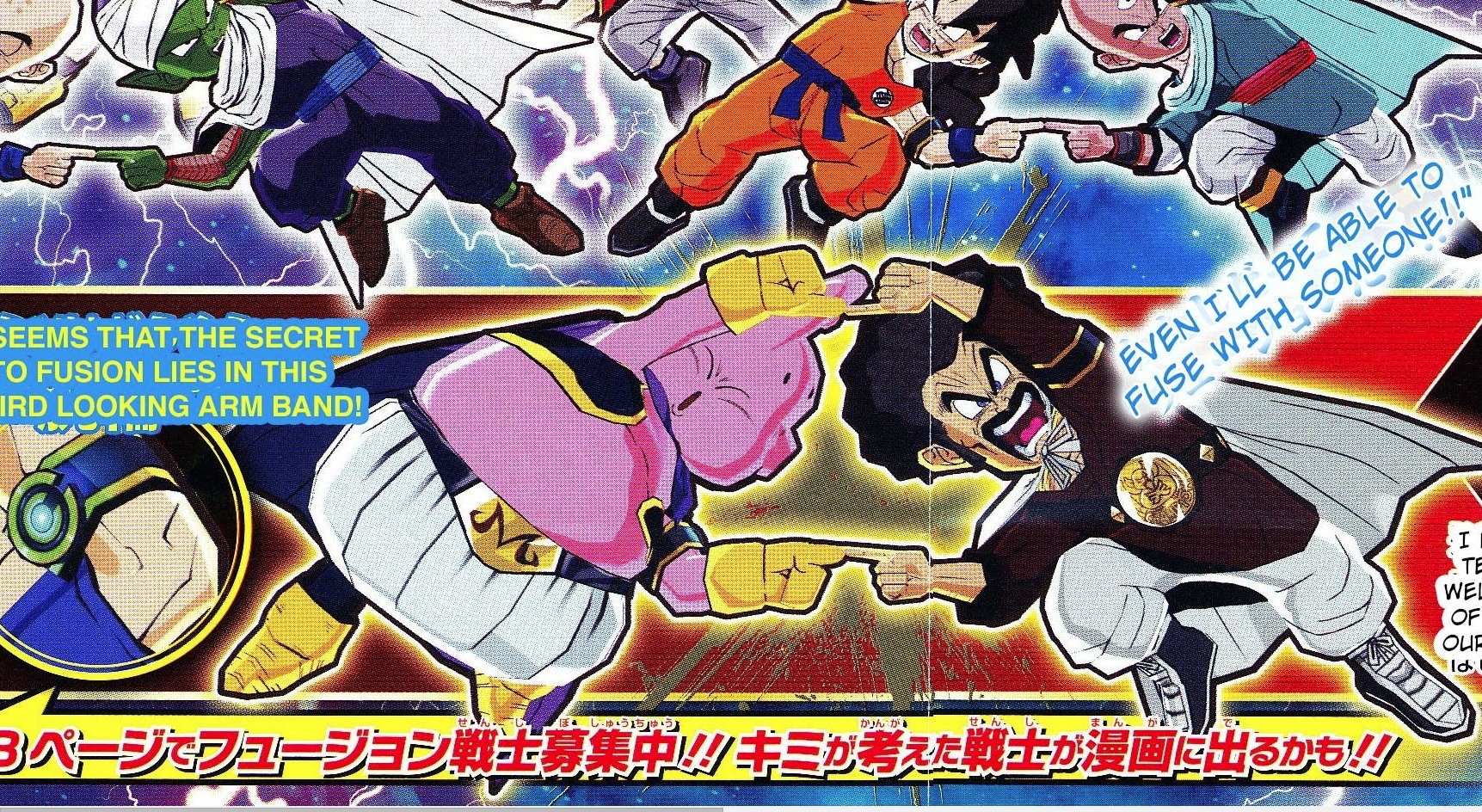 So Goku and Broly fusing is a thing, and as weird as that is, we’ll take it!

Obviously in the Dragon Ball Manga and Anime, you have to level your Ki with the person that you’re fusing with, meaning two people with radically different power levels probably couldn’t fuse, however Capsule Corp has actually come up with a new piece of tech to get around that.

An Arm-Band that every character in the game has on will allow them to fuse with characters way beyond, or lower than their power level! Does that explain how Goku managed to get Broly to calm down enough to learn a silly dance and actually want to fuse with him? No, but hey, it’s a game about aliens mating with humans and making Alien Human Hybrids to help them fight other aliens, so the realism isn’t really all that important.

Check out the scan below to learn more about our Main Character, his companion Pinich (likely a Saiyan since Pinich is a play on the word Spinach, and follows the naming convention of all Saiyans being named after vegetables), and tons of other fusions you might see in the game like Videl and Pan, and Buu and Hercule!