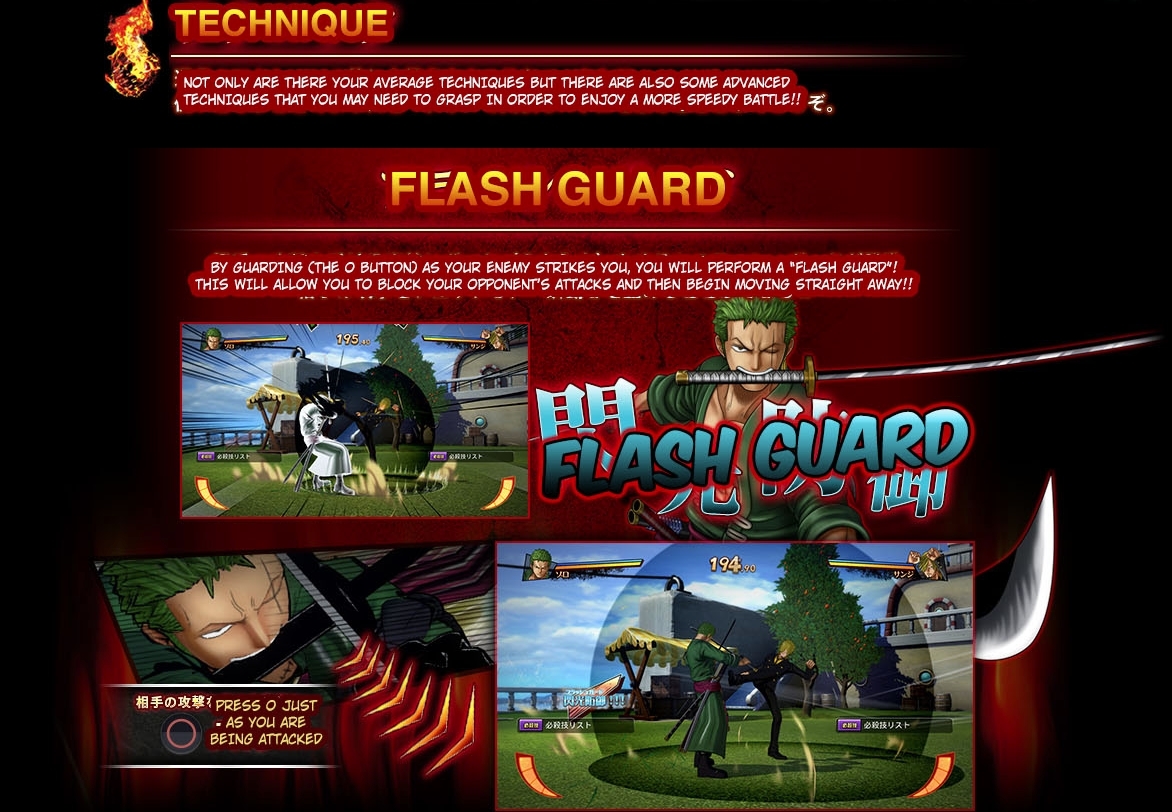 Bandai Namco Japan has recently updated the One Piece: Burning Blood official website with some rather interesting information. The top portion of the image details the use of a support character that players can choose after they’ve selected their three fighting characters. Supports will give players “various effects”, unfortunately, it doesn’t give us anymore details than that.

There are also new revealed techniques in the game which include Flash Guard, Flash Cancel and Cancel Shift. Flash Guard is performed when the player times the circle button at the right moment as they’re about to be attacked and can immediately escape. The Flash Cancel is similar except when the player presses up and square they can counter attack.

Lastly, the Cancel Shift is when a player uses a range attack or breaks the opponents guard they can immediately switch out with L2 or R2 to follow up with a massive combo attack.