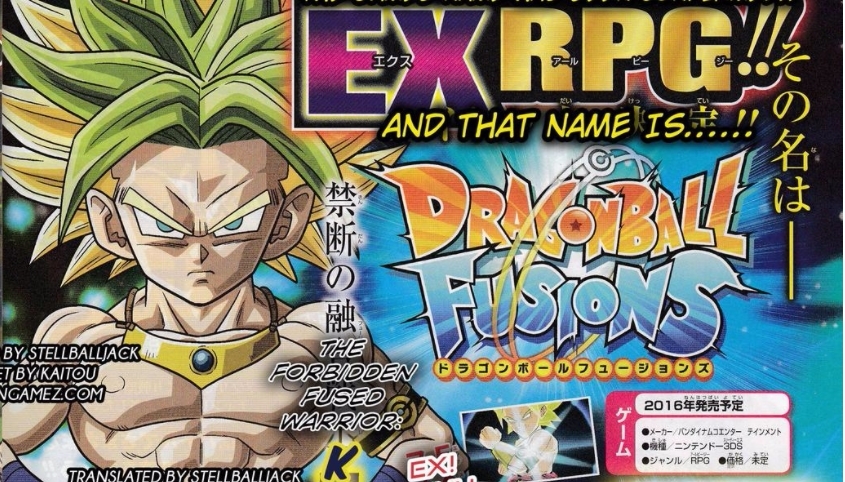 The latest V-Jump scan reveals a handful of things including a new name change from Dragon Ball: Project Fusion to Dragon Ball: Fusions. The contents of the scan show three examples of what-if fusions using Krillin which include:

Characters that fuse without the wristband will gain the fusion costume that can be seen on Pillin. Fusions that use the wristbands are called “EX Fusions”.

The second part of the scan gives some details on the game’s story mode. The premise is that the player and Pinich make a wish to Shenron to create the strongest Budokai in the universe and what this does is fuse the world of Dragon Ball together to participate in the Jikuuichi Budokai.

Finally, there are five races to choose from when you create a character which include Human, Saiyan, Alien, Spirit Worldian and Namekian.

Dragon Ball: Fusions will release on the Nintendo 3DS sometime this year in Japan. There is no word on an international release as of yet. Albertsons Weekly Ad has been the most popular south supermarket deals.