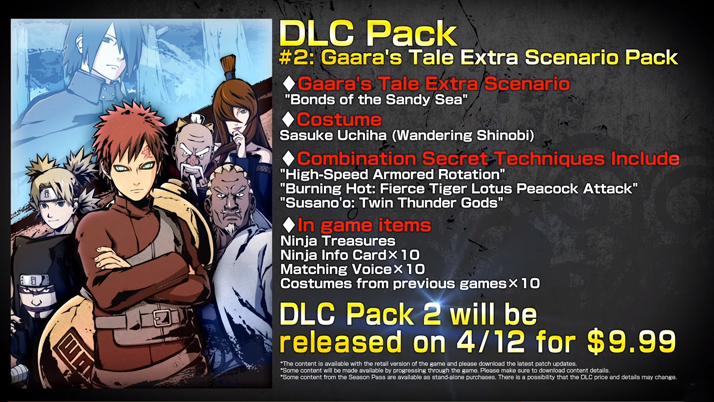 DLC pack 2 will be available on April 12th for $9.99. However, those who purchase the season pass will be able to access the content one week early, in addition to unlocking the Combination Secret Technique ‘Akatsuki’.

You can view the new trailer below: