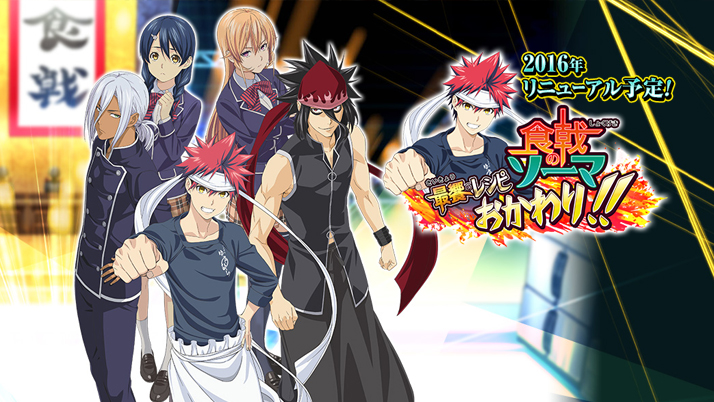 Bandai Namco Entertainment’s “cooking action” smartphone game, Shokugeki no Soma: The Ultimate Recipe, is set for a renewal in 2016.

-You can re-experience the well-known story within the game.

-Card illustrations have been greatly improved and now have a more premium feeling.

Campaign
The pre-registration campaign site is now open, and offers various rewards based on the number of pre-registrants.