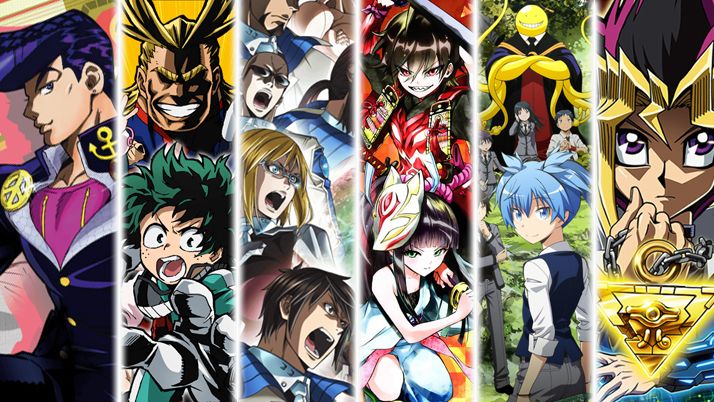 As the Spring 2016 anime season kicks off, a selection of new shows from Shueisha’s line of magazines are set to premiere. With anticipated titles like JoJo’s Bizarre Adventure: Diamond is Unbreakable, and series with rising popularity such as Twin Star Exorcists and My Hero Academia, there’s bound to be something shonen anime fans can look forward to this season.

Below you’ll find a complete list of new and continuing shonen anime planned for this season.

Yu-Gi-Oh! The Dark Side of Dimensions