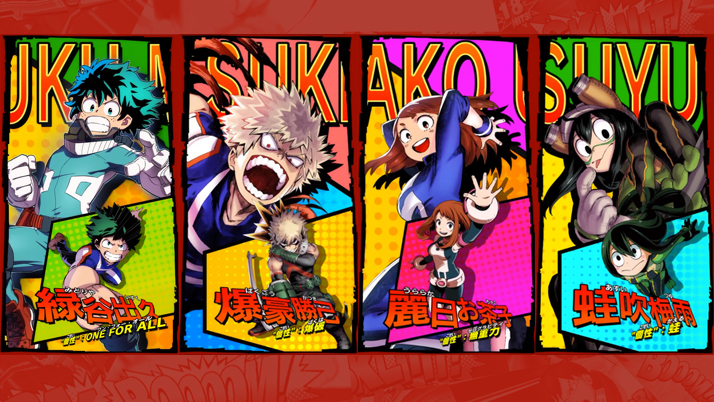 The first video is the title’s opening movie which can be viewed below:

A “Heroes Battle April commercial” for the game was uploaded as well. This video shares a few visuals while providing details on the smartphone companion app for iPhone and Android. Downloading and registering through the app will allow you to obtain a limited Katsuki Bakugou coupon for April.

My Hero Academia: Clash! Heroes Battle is planned to launch in Japan on April 28, 2016. In this amusement game, players will be able to create their ultimate team and take part in exciting 3vs3 battles.