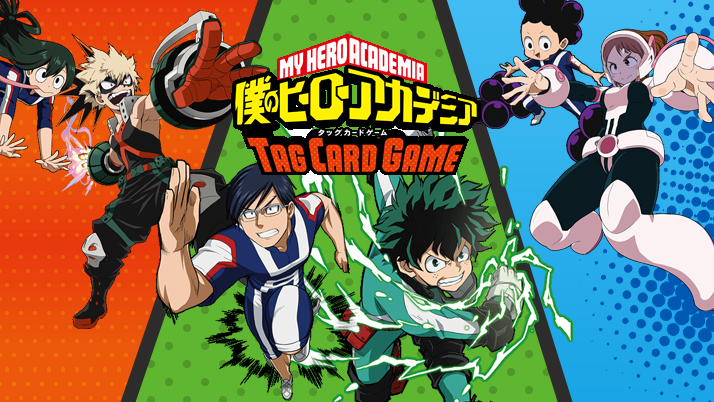 The second expansion pack arrives!!
A few days ago, the Trading Card Game was finally released. Students and heroes aren’t the only cards in the 2nd expansion, villains make an appearance as well! With your possible deck customisations expanding, tag battles will become even more exciting!!

Previously announced at Jump Festa 2016, the card game based on the characters of My Hero Academia was released in Japan on April 23, 2016. A brief overview about the game from the official website explains:

Cut In and Block
-A hero descends in a pinch!? The heart pounding game unfolds!!

2v2
-Enjoy countless 2v2 battles in this original game system!
-Every visual is newly created!
-There are two types of cards, “Character Cards” and “Extra Cards”. 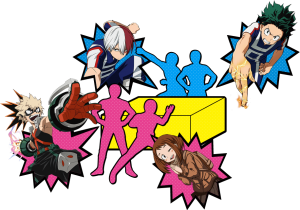 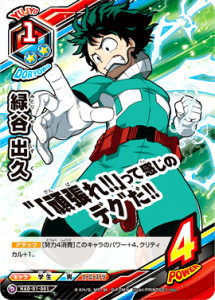 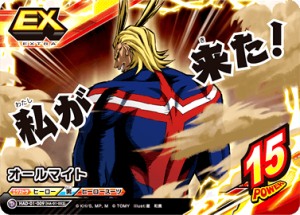