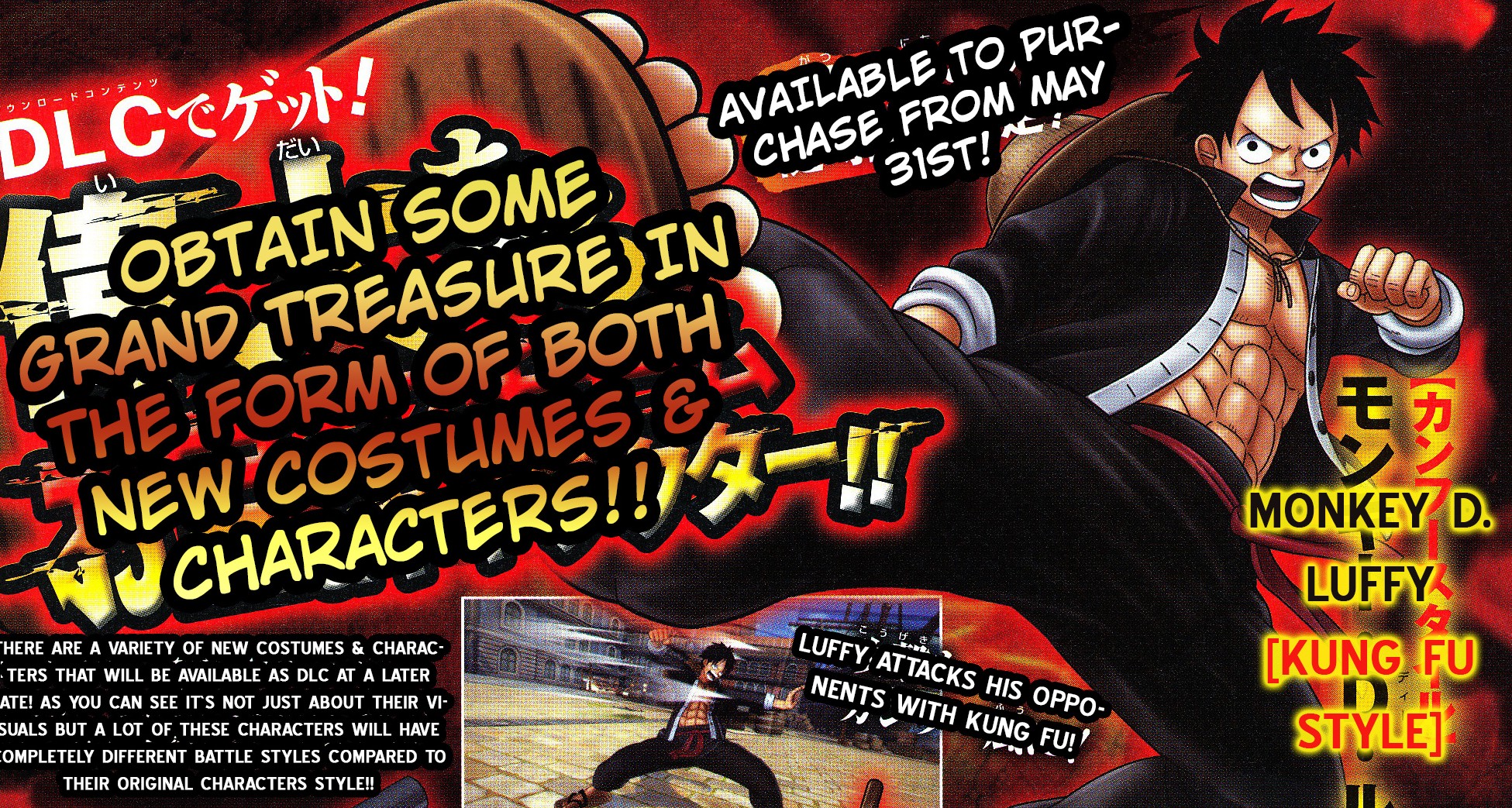 One Piece: Burning Blood Japanese DLC Releasing on May 31st

Last week’s V-Jump magazine revealed that One Piece: Burning Blood DLC will be released on May 31st for the PS4 and Vita. The scan shows off the various costume differences as well as characters with new movesets that come with their costume changes such as Kung Fu Luffy and Strong World Ace.

You can grab PSN points over at Play-Asia.com to purchase the upcoming DLC.