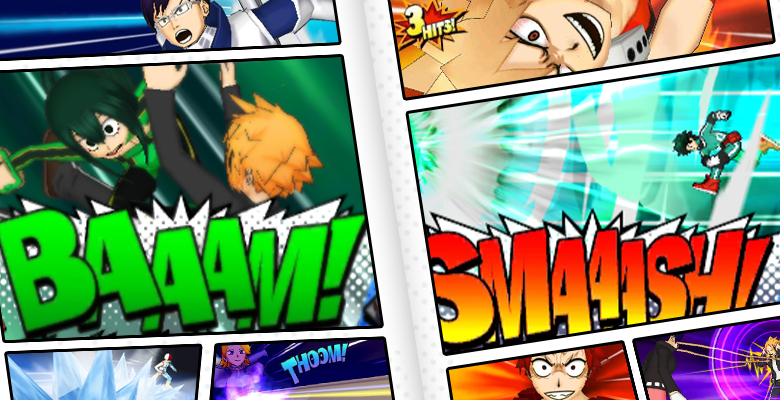 Review: My Hero Academia: Battle for All

Following the slew of video game tie-ins for ongoing Shonen Jump series, Bandai Namco Entertainment has returned with My Hero Academia: Battle for All, much to no ones surprise.

As supernatural abilities become standard, the world has transformed a superhero society. With over 80% of the population carrying some sort of special trait, the question of this series getting a fighting game was less of and ‘if’ and more of a ‘when’.

The story opens with our quirkless protagonist, in a condensed storyline that recaps the events during the anime. As you enter into U.A. High, the #1 ranked High School for upcoming heroes, you’re put through an extensive curriculum filled with various missions to help you level up and raise your stats. Character interactions are often interesting, and the narrative definitely has its share of moments filled with humor and action. Despite only needing around an hour to clear the 16-chapter story, the extra side quests and character sub-stories aim to give you plenty to do post-credits. 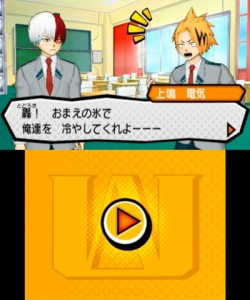 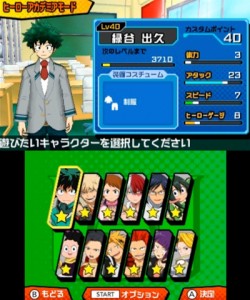 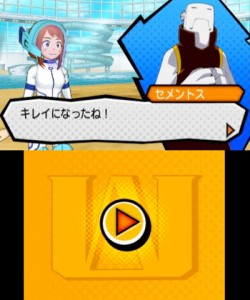 The title also receives add-ons in the form of new missions and costume parts. Additional content is released through secret inputs/QR codes in Weekly Shonen Jump and the anime’s blu-ray volumes. This is a nice touch compared to the Paid DLC and season passes that have become common in the industry.

Though, this mode isn’t without its share of problems. Clearing Izuku’s story will unlock ‘another story’ for the remaining student cast. This may sound promising, but upon playing I was immediately filled with disappointment. Every story follows the exact same formula as the original playthrough; you begin with a tutorial, before transitioning to the curriculum-based structure of the mode. After a series of familiar objective based missions, you make your way to the USJ, a training facility at the school, where you’re attacked in a final boss battle. While this is fun the first time, playing the same missions 11 more times feels more like a chore than enjoyment.

It doesn’t help that the game offers no real challenge either. The CPU seems to only have one setting, which can’t be changed by the player. Even on the highest level in ‘challenge mode’, you almost question if anything changed from the lower levels.

Seeing as this game only covers the events in the anime, there wasn’t much content for the development team to work with from the beginning. Though, I wish the sub-stories were either shorter unique interactions, or just dropped all together allowing more effort to be spent on the main story.

Battles take place in a sort of 3D arena fighting style similar to Pokkén Tournament or the Naruto: Ultimate Ninja Storm series. You can evade and maneuver freely within the 3D space, while getting up close adjusts the camera to resemble a more traditional fighter.

As far as gameplay, you’ll see the usual elements of a fighting game. Everyone has a normal attack, which is executed with the Y button, while pressing that in succession will preform your ‘Hero Combo’. Using the X button and a direction of the circle pad will activate different variations of your quirk’s ability. It’s essentially a weak and strong attack in which you can string together in various ways to create more complex combos. This can be further extended with the help of your support characters and proper timing. As you fight and take damage, you’ll build up a meter known as the Hero Gauge, which lets you unleash various ultra moves based on the level of stock the meter has.

The most unique element lies within the bottom screen and the feature known as Quirk Control. You slide, tap, a/or engage in mini games depending on the character to build this meter. Once it hits max, you can enter something called, “Ultimate Time!!”. This mode can make you faster, jump higher, or just dish out more damage. 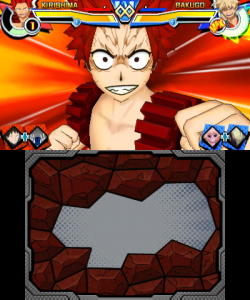 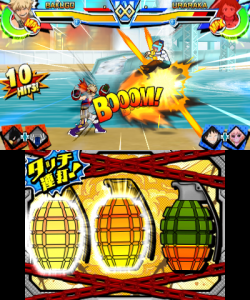 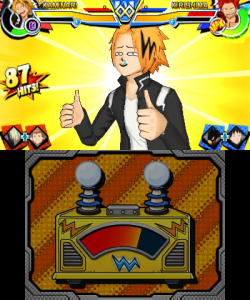 However, Ultimate Time!! is very limited despite taking a while to fill up. So you’ll often have to decide whether you’ll use it for an attack boost, or save it to help you block an ultra move later. I found that it works better defensively than offensively, as while you’re in this mode you can use your Hero Gauge to preform a “Hero Burst”, a reflect ability that’s crucial in avoiding ultra moves from your opponent. 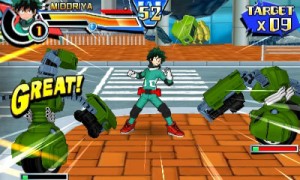 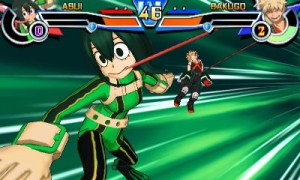 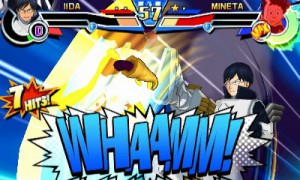 Aside from your typical versus battles, the game offers quite a few modes with interesting ideas to spice up the ways you can play.

MOB: Fight against waves of enemies.
BATTLE: Classic one-on-one.
DEFENSE: Defend an object under timed conditions.
RACE: A capture the flag/break the target mode against an opponent.

While all these sound great on paper, the defense and race modes specifically feel to be lacking. The main concept has you protecting or going after a target, but it’s always just you and one opponent. You tend to either ignore each other to complete the objective, or it turns into a one-on-one where the task is completely undermined. These modes feel more like a four play party game that you’d play in teams of two, so having one opponent just provides a lackluster experience.

As costumes play a big role in the series, it’s refreshing to see them portrayed here in a similar fashion. Costume parts are unlocked throughout the game and give various stat boosts. Each character has a variety of colored U.A. gym outfits along with three hero outfits that you can mix and match to your liking.

When you combine this with the skill points you receive upon leveling up, you can really fine-tune your character, giving them a bit more originality. This makes mirror matches interesting as one player could be balance orientated, while another invests solely in speed. 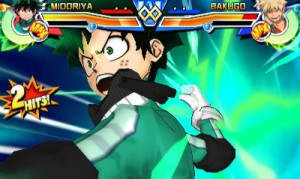 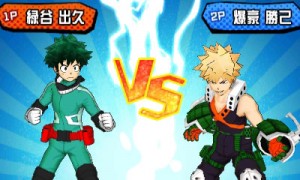 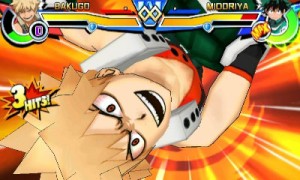 While there isn’t a proper online mode, the game truly shines when it comes to the wireless communication functions. It almost feels ironic with how enjoyable these battles can become. Facing an opponent in this local-only mode provides a challenge that let’s you utilize all the battle mechanics. Throughout my entire playthrough, my bottom screen went untouched, but when I was up against real player, I found myself frantically trying to use this meter whenever I had the chance in an attempt to turn the tide of the battle.

Story modes is great the first time around, character interactions are enjoyable, and the gameplay is satisfying once you learn all the mechanics. Sadly, almost every aspect of the game makes you feel like there’s just one thing missing, or could have been expanded on a bit more. Fortunately, it’s a new IP and there’s plenty of time to work on improvements. Bandai Namco Entertainment also opened a questionnaire to those who purchased the game, so they could receive feedback going forward with this series.

Import Guide (Is it worth importing?)
Import Score
Region lock
Language Difficulty
Chance of Localization
6.5
YES
BEGINNER
LOW
Navigation is simple with tons of English on every menu screen. The game’s story also contains furigana, so it won’t be too difficult if you know the basics. Playing through the multiple stories with zero knowledge of Japanese may not be as interesting since the dialogue is the only thing that changes.

Repetitive single-player
No online multiplayer
CPU is too easy

Read More: My Hero Academia: Battle For All