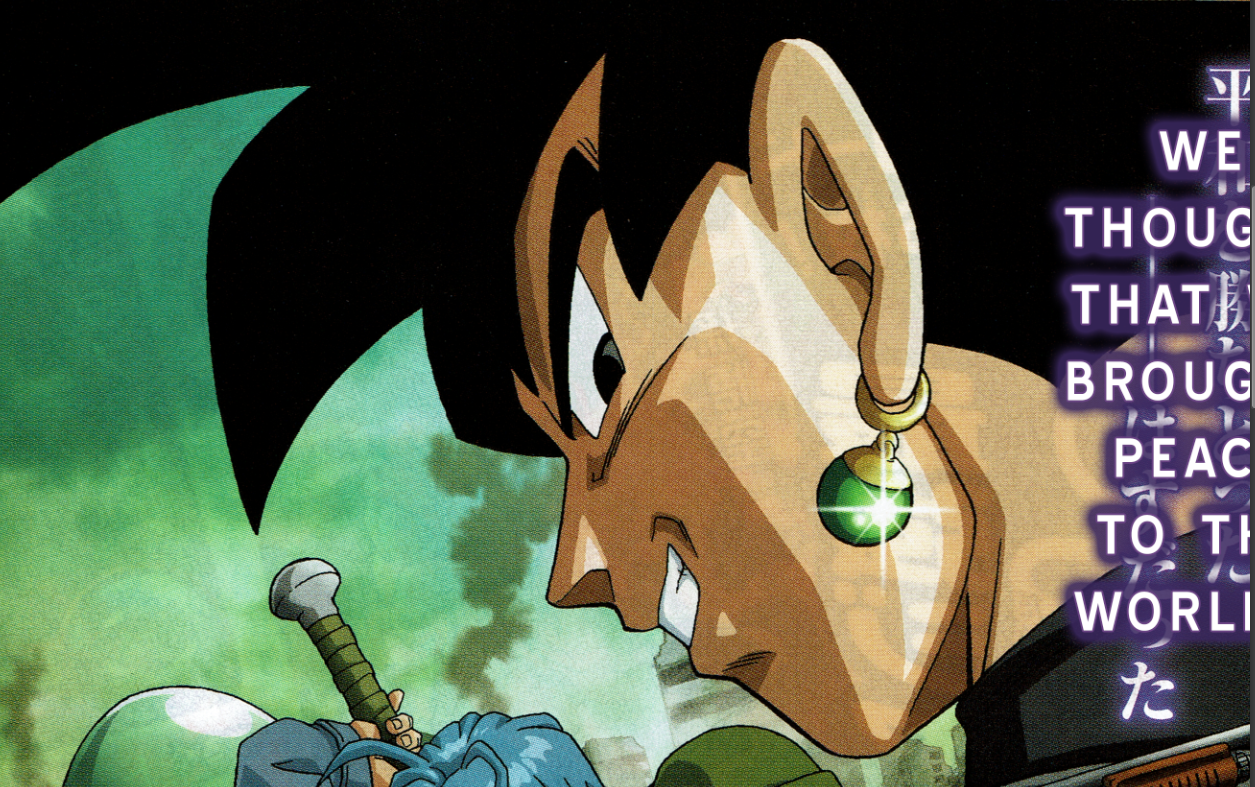 The Future Trunks Arc is coming this month, and here’s our first look at the villain; Black Goku, as well as Trunk’s potential Ally (and maybe possible girlfriend, since a relationship was set up during the Battle of Gods storyline) Mai, a member of Pilaf’s gang that we’ve all come to know fairly well from the filler-y episodes of Dragon Ball Super!

First off we have Trunks, in all of his confusingly Blue Hairness, standing side by side with Mai. It is important to note that Toyotaro’s drawings make characters skinnier than they would be normally drawn by Toriyama, so even though this art for Trunks makes him seem almost younger than the Future Trunks we know and love, we have to remember that the original art for Dragon Ball Super’s Goku made him look way younger also.

Black  Goku looks off to the side menacingly, and the scan doesn’t really detail his character at all, but it implies that after returning home to his future, Future Trunk’s timeline wasn’t actually safe after he defeated Cell, Black Goku seems to have arrived and thrown his timeline into chaos again!

We aren’t really sure what Black Goku is, or what his motivations are (especially since Goku was dead in Future Trunk’s Timeline, so how can there even be a Goku in that timeline), however one thing that many will point out is that Black Goku seems to be wearing an earring similar to the one that Demigra, from Dragon Ball Xenoverse was wearing throughout the game.

In fact, it appears to be the exact same earring. So will the Xenoverse story somehow tie into the next arc of Dragon Ball Super? We’ll find out soon as the arc is set to start on June 12th! Until then enjoy the scan and look out for more soon!