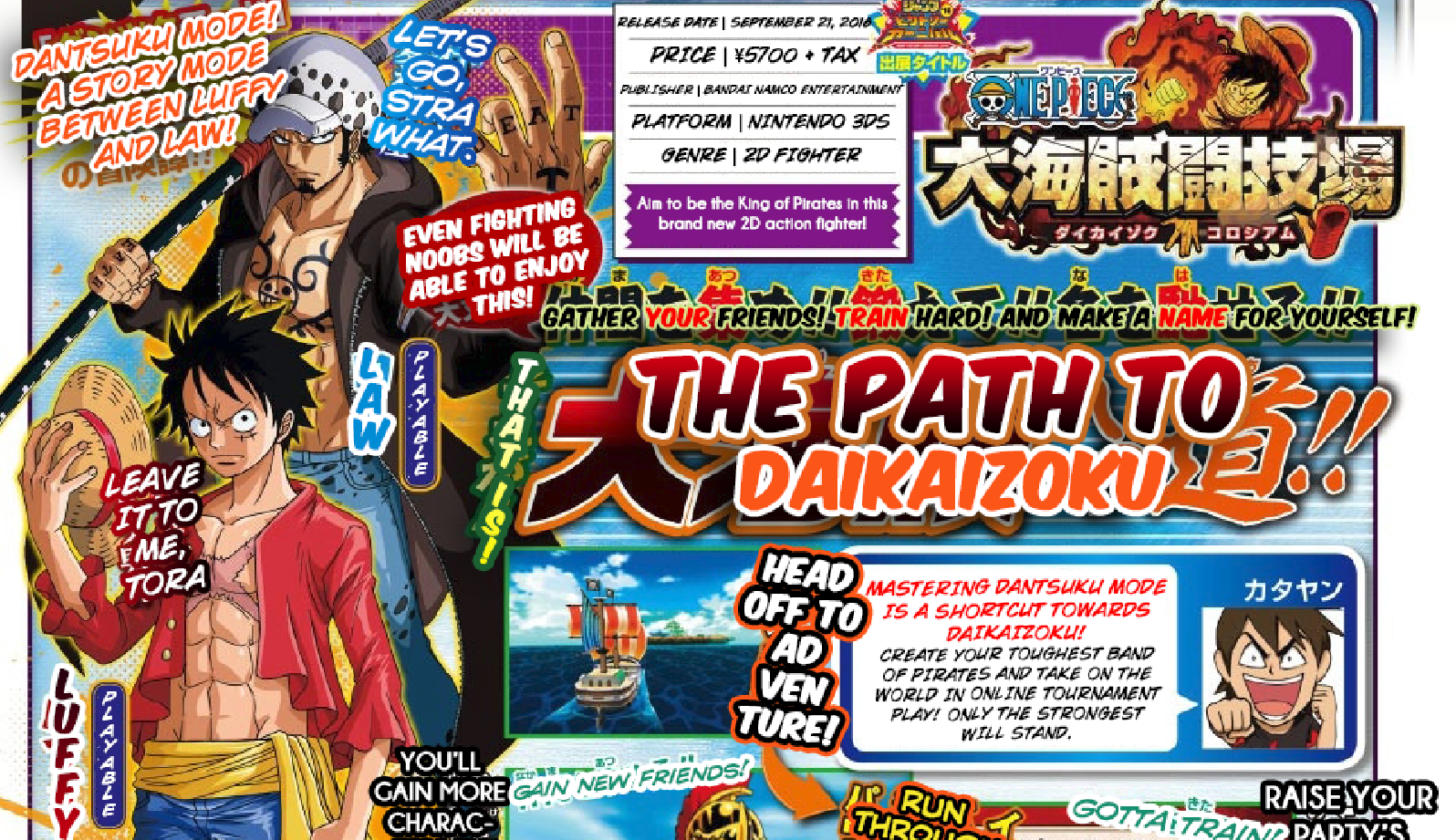 The latest issue of Shonen Jump reveals more details on the upcoming 3DS exclusive One Piece: Great Pirate Colosseum by Arc System Work, responsible for the the Dragon Ball Z: Extreme Butoden which released last year on the 3DS as well.

The game will have a mode called Datsuku Mode, a story mode between Luffy and Law, confirming the latter as a playable character as well. The scan also reveals that you’ll be able to level up your party through battles and events. We also got a screenshot of the game’s VS Mode, showing Luffy fighting off Doflamingo, also confirming him as a playable character. Those who get their hands on first print copies of the game will get Whitebeard, Jozu, and Marco as assist characters.

One Piece: Great Pirate Colosseum will be releasing in Japan on September 21st for Nintendo 3DS. Check out the scan below: