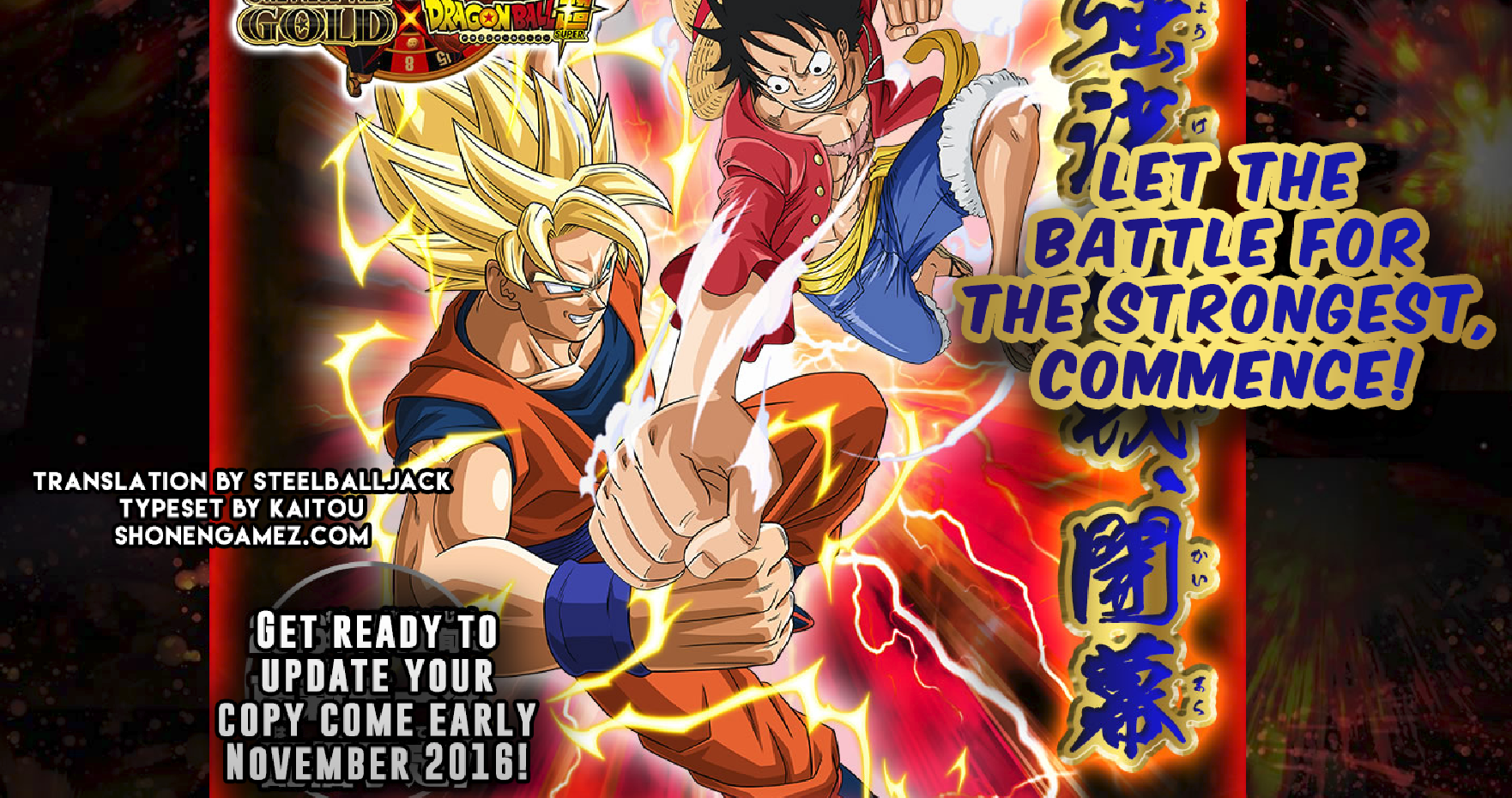 Bandai Namco Entertainment has announced that last year’s Dragon Ball Z Extreme Butoden and One Piece Daikaizoku Colosseum will be featuring Cross-Over Battle come November, allowing players of both games to play together. With “Cross-over Battle” you will be able to fight in both Local Battle and Online via Online Battle provided you choose “Cross over Battle” from the online menu or local battle menu.

Dragon Ball Z Extreme Butoden was released last year for Nintendo 3Ds, while One Piece Daikaizoku Colosseum will be releasing September 21st in Japan for Nintendo 3DS. Check out the translations below: