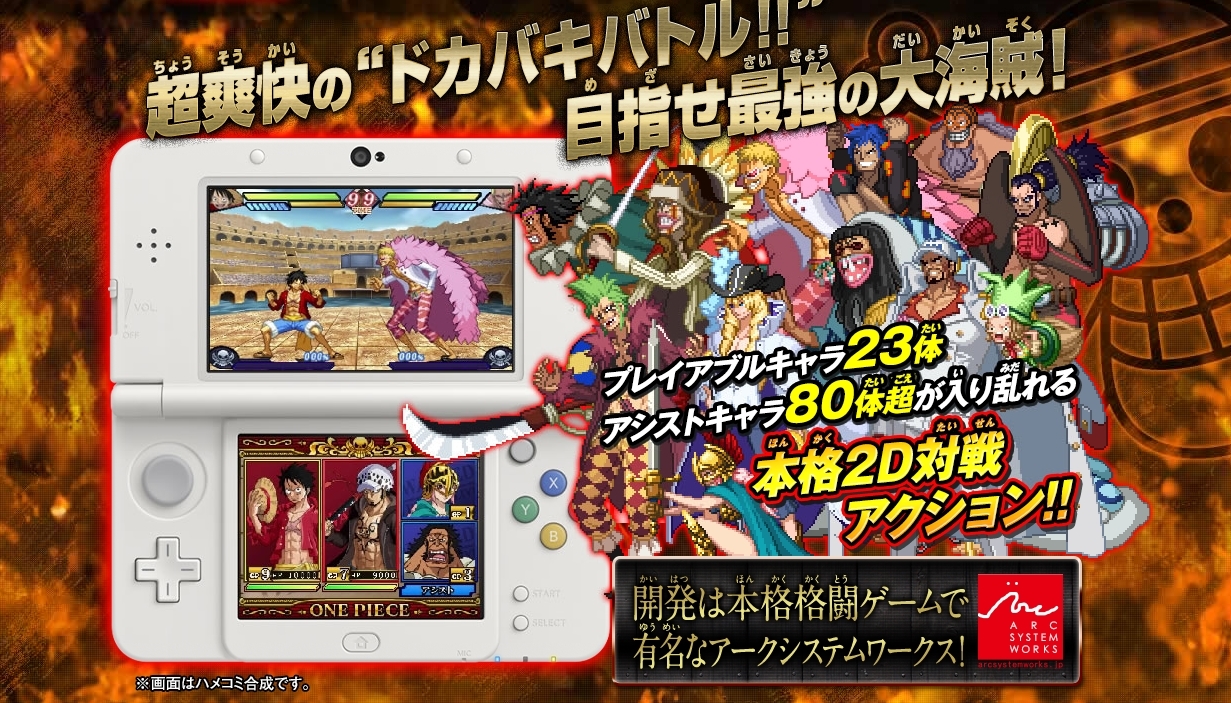 Famitsu reviewed One Piece: Daikaizoku Colosseum this week and gave it a 32/40 which did a couple points better than their review for Dragon Ball Z: Extreme Butoden. In each paragraph, four different reviewers give their thoughts about their time with the game. General consensus seems to be that they mostly enjoyed it, but there were a couple of things that fell short. For a 3DS fighting game, five hours to clear it seems to be decent (then there’s the 15 hours to unlock everyone). Hopefully it’s not dragged/padded out like One Piece: Super Grand Battle! X.

You can check out the following translation below (Thanks SteelBallJack).

The developers behind this game also worked on the previous “Dragon Ball Z: Extreme Butoden” and you can see that clearly as you play the game. I’m happy that there is not only just an abundance of our favorite One Piece characters but we also get characters from the latest movie too.  “Create a Crew Mode” is one of the most enjoyable modes found in the game, with hours of fun mixing and matching members as well as gathering several interesting items.

Daikaizoku Colosseum’s huge roster is pretty impressive, every playable character being unique alongside their own play style (and easy to pick up for beginners) and the characters feeling exactly how they you would imagine. The “Jet Slide” system, where you choose from three different attacks after sending your opponent rocketing is one of the more interesting additions not seen in other One Piece games. I even had points in the game where I would see certain characters and think “Woah, these guys made it in!!” and the amount of time I sat down and made up many many combinations of teams will be a time not wasted!

There are a variety of attacks and combos, and the fact the button system is very simple yet fun makes it even more enjoyable. The mode where you can create your own crew by gathering members makes it so choosing from certain members out of the three each time will change how the story will continue. You will very much enjoy the amount of unique combination of playable and assist characters that you can create; it truly is one of the game’s highlights.  If there is something that’s missing I’d like to add to the game are clearer voices for the characters.

The characters from the manga are recreated here very well in OPDC and just watching the game was enjoyable. You will be playing the game a lot thanks to the amount of playable and assist character team combinations you could create! Gaining and leveling your characters can be a lot of fun but I find the story part as a whole very drawl and quite shallow. Depending on the choices you make during the story, the story itself will begin to change; You may think that is great but half the time you`ll be thinking to yourself “So.. why did that happen then!?”  which just feels like you’re picking random outcomes from a pot. 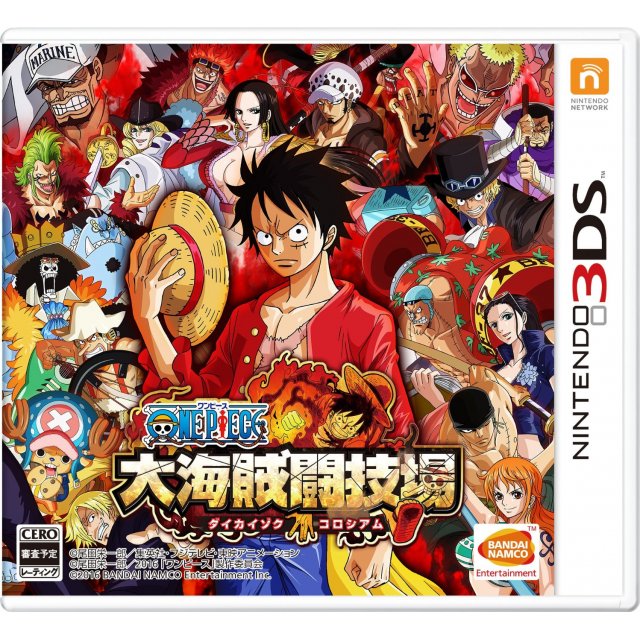