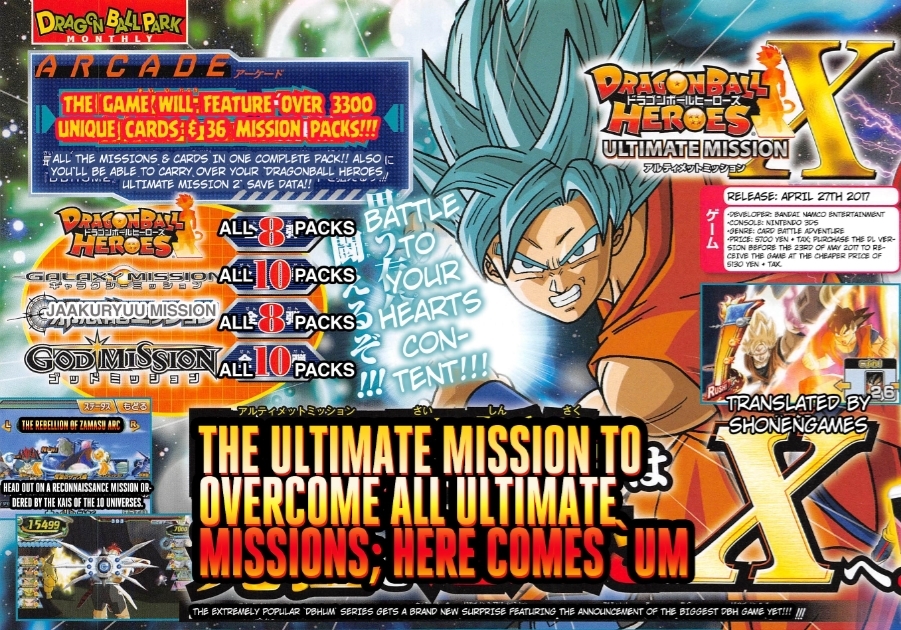 Finally another Dragon Ball Heroes game has been announced for the 3DS! The latest V-Jump announces the third game in the series titled Dragon Ball Heroes: Ultimate Mission X. The game will contain over 3300 unique cards as well as 36 mission packs!

This time around, Ultimate Mission X will have special items to boost your cards which is refreshing since the last game customization was limited to your Avatar. Finally, first print physical bonuses will come with physical cards, in-game hero avatar cards and four playable characters which include Xeno Goku, Xeno Vegeta, Demonic God Towa and SSGSS Vegito.