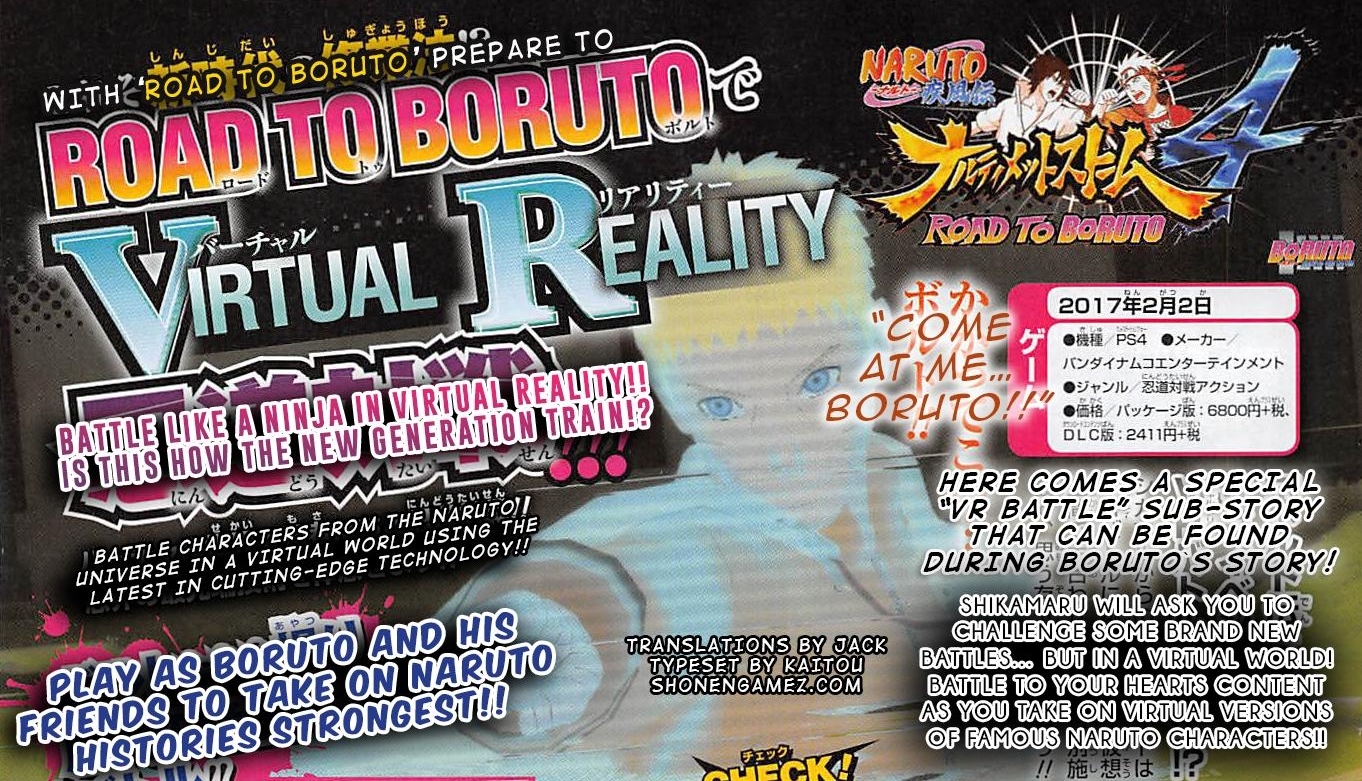 The latest V-Jump has revealed a new Sub-Story in the upcoming Naruto Shippuden: Ultimate Ninja Storm 4 Road to Boruto DLC called “Virtual Reality”. To be clear, this isn’t virtual reality in the sense where you can use a PlayStation VR headset, but a mode where you can use Boruto and his friends to fight strong ninja.

There will be a building labeled “Ninja Science Laboratory” and once you’re in, you’ll have to fight 42 characters in a row and in the end you fight the Seventh Hokage: Naruto Uzumaki as the final boss!