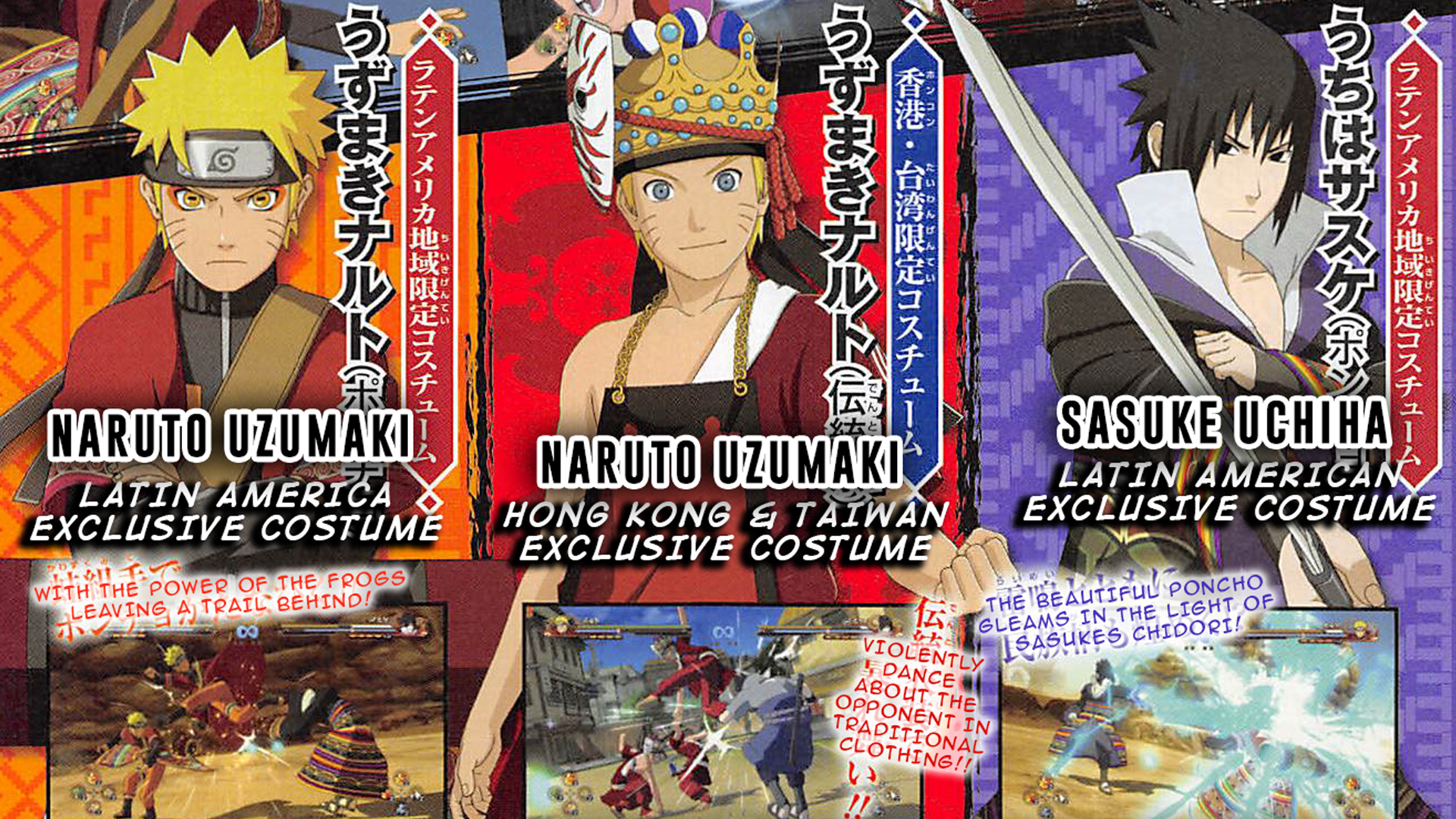 The latest issue of V-Jump reveals that the upcoming expansion for Naruto Shippuden Ultimate Ninja Storm 4 — Road to Boruto, will include the costumes that came with the game as pre-order bonuses for certain regions, which includes the Poncho Naruto and Poncho Sasuke, which were exclusive to Latin America, and Naruto wearing Asian Traditional clothing, an exclusive costume for Taiwan and Hong Kong. Additionally, Gaara and Sakura from Road to Boruto will be joining as well alongside PTS Sasuke with his original costume. Lastly, Mecha Naruto, who made his debut in the last game Naruto Shippuden Ultimate Ninja Storm Revolution, will come back to Storm 4. Check out the scan below: