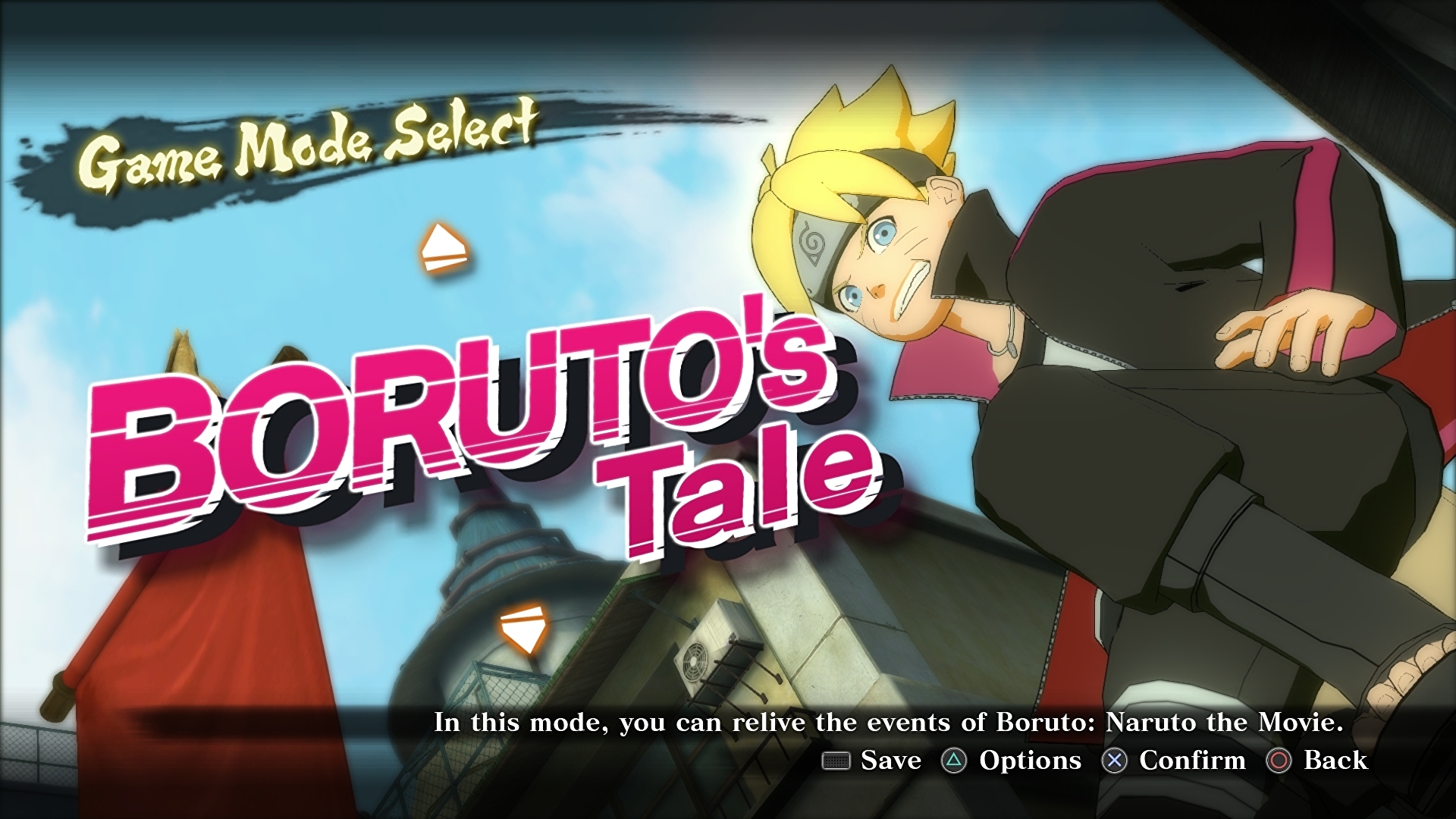 This week’s Famitsu magazine contained a review for the Road to Boruto DLC and the staff have mostly given it praise for its content and graphical upgrades. The only gripes they had was that it lacked battle mode practices as well as explanations for what’s happening in the story for those who haven’t played previous games (not sure if this point was for the base game or Boruto).

“The final and complete version of “Naruto Ultimate Storm 4” is filled to the brim with both characters and an extended story. You can enjoy the final chapters of Naruto’s story, a look at Kakashi’s backstory and the brand new “Boruto’s Story” following Naruto’s son Boruto among other new generation characters. If you have previously purchased “NS4” then I hope you will pick up the “Update Pack” in order to experience the brand new characters and story!”

“NS4” is overflowing with new content from a brand new story mode that perfectly recreates the “Boruto Movie” to original sub-stories. The game has become much richer from the brand new update pack and I advise you to download it.”

Boruto’s Story features some really awesome characters with brand new and previously unseen attacks which add to the excitement of the whole game. I feel that the game lacks battle mode practices as well as explanations for what’s happening in story mode for those who have not played a previous “NS4” game. Finally, I was glad to try out a variety of missions with Boruto and the new generation as we meet up with various famous Leaf Village ninja!

Minus the base “NS4” game we also have a whole lot of content from extra characters/costumes and even a fully-fledged story mode. The graphics within the game has had a noticeable overhaul; whilst playing Boruto’s story I noticed that the shine from the light as well as the smoke textures from chimneys were more in-depth compared to the base game. Not just that, but there were a plethora of graphical upgrades that I managed to find in this updated version!

I’m happy the owners of the base game can purchase an “update pack” to gain all the contents they currently don’t own, so they don’t need to re-purchase the full game once again.