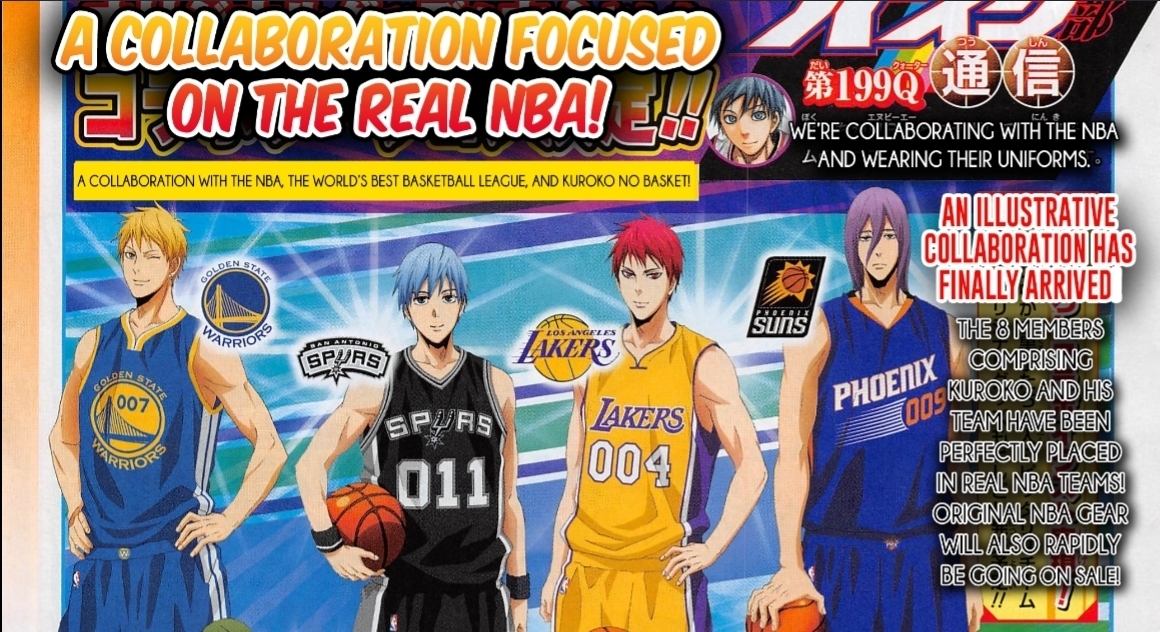 The latest Weekly Shonen Jump issue reveals the collaboration between Kuroko’s Basketball and the NBA to promote the upcoming movie Kuroko’s Basketball Last Game. As you can see, the Generation of Miracles alongside Kuroko, Kagami and Himuro are wearing official team jerseys from the NBA.