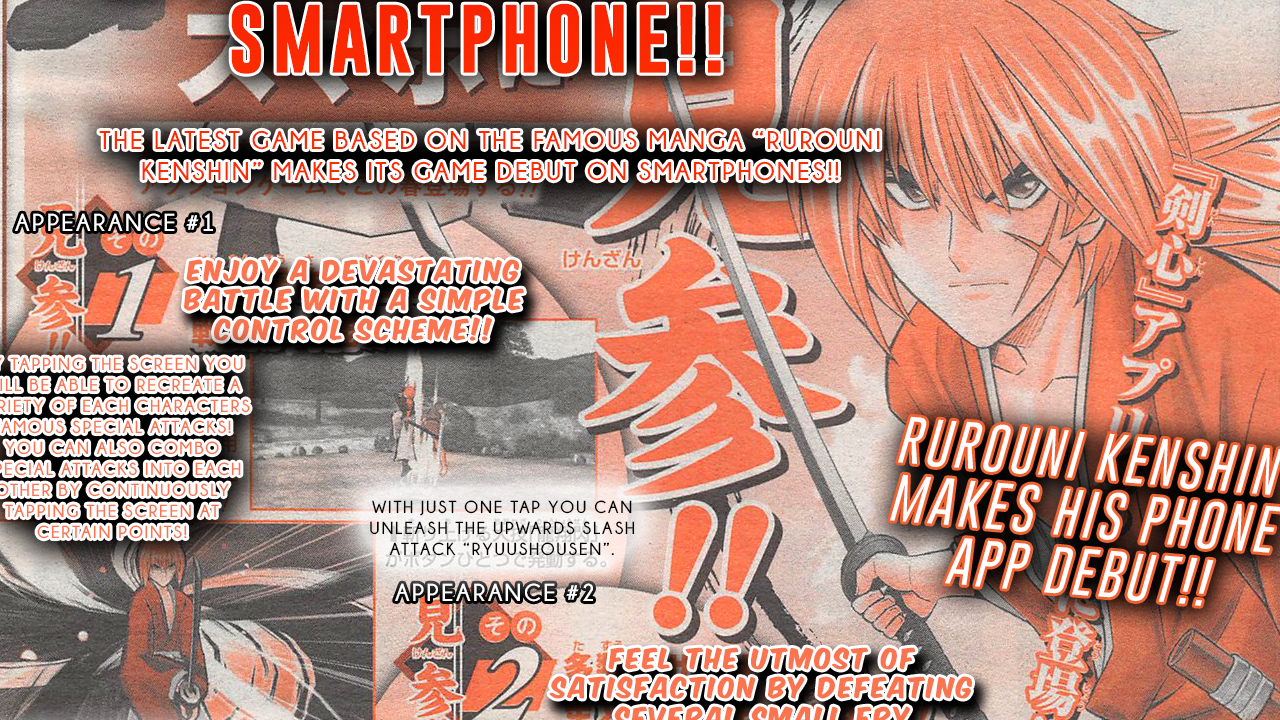 The latest issue of Weekly Shonen Jump has revealed that legendary Rurouni Kenshin (also known as Samurai X) series will be making its game debut on smartphones in Japan. The game will be called Rurouni Kenshin Kengekikenran. So far, the scan shows Sanosuke, Kenshin and Aoshi as playable characters. Expectedly, by tapping the screen, you will be able to perform various attacks and even perform combos if you continuously tap the screen at certain points. Check out the scan below: