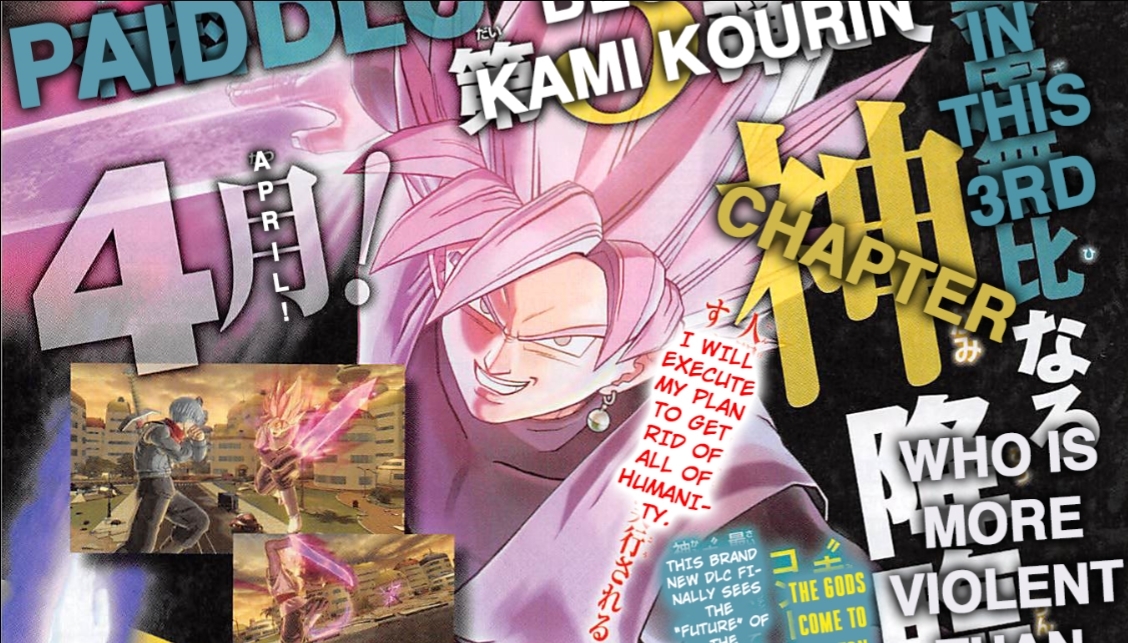 The latest issue of V-Jump reveals the content of Dragon Ball Xenoverse 2‘s third DLC pack. While you may already have his base form if you pre-ordered the game, this pack will bring Goku Black’s Super Saiyan Rose form as a playable character in Xenoverse 2. Additionally, both Zamasu and Bojack will be joining the cast of playable characters as well. In addition to playable characters, the DLC pack will also include three parallel quests, five techniques, and three costumes.

Dragon Ball Xenoverse 2 was released last October for PS4, Xbox One and PC. It’s third DLC pack will be releasing in April. Check out the scan below: