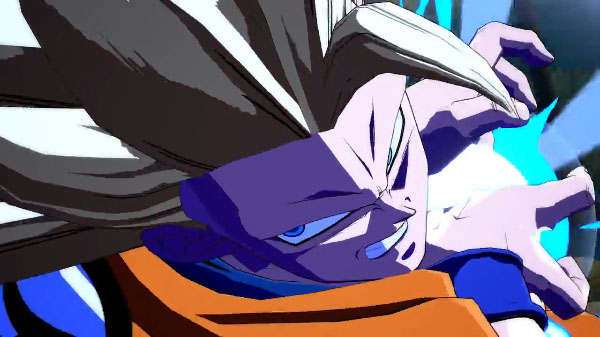 Ever since the recent announcement of Dragon Ball FighterZ, many people within the fandom — both Dragon Ball and fighting game fans, have been excited to hear more about the upcoming fighting game hitting PS4, Xbox One and PC via Steam next year.

With E3 happening this week, Bandai Namco was present with their own booth showcasing many of their games, including this one. Our very own Kevin Sanchez was able to attend the event and get his hands on the game. Additionally, he was able to interview Bandai Namco’s community specialist Dmitryi Khlynin and answer some questions circulating the internet and that fans have been wanting to know ever since the inception of the game.

Kevin Sanchez: How long has this game been in development?

Dmitryi Khlynin: That is a tough question to answer, honestly, I don’t even know that yet. It’s been in development for a while now, but I can’t say the exact amount of time because I don’t have that info yet. This is something that just freshly got announced. I know some of the details, but not the development time.

KS: Why Arc System Works and were any other fighting game developers considered before them?

DK: Why not Arc System Works? You know, those guys are 2D geniuses when it comes to fighting games. With the release of Guilty Gear Xrd, and other stuff like Persona, these are the go-to guys to make a 2.5D fighting game, and their engine is just amazing with what they can do with 2D fighters nowadays. It excels in every category and I think it even beats some of the competition, so we say.

KS: What made Namco decide to make a 2D fighter again? Is this game being made with EVO in mind?

KS: Any preorder bonuses or DLC expansions planned for this title?

DK: We have nothing to announce for that so far as it’s still early. We just announced the game right now and our game focus is to bring the core game out there. As we get closer to the release date, you’ll get more information from us.

KS: Will there be easy combos or mechanics for more casual players?

DK: This one is a little bit tricky. It’s built for hardcore fighting game fans in mind, but even from what you played so far, it’s pretty easy to pull off the basic combos. There’s no easy mode that I know of or something that can be added on later, so don’t quote me saying that there’s totally no easy mode, but right from the get-go — easy to pick up, but hard to master.

KS: Will we see any characters from Super?

DK: I’ve been getting this question ever since the game got announced. The development team is aware that people want Super characters in there, but there’s no announcement of them so far. We did see Freeza transform. It’s definitely in there, they are aware of it, but I’m not saying they are going to be in there but I’m just saying they are aware of it. So let’s just keep it at that.

KS: Are transformations separate characters or are they part of the special attacks like in Extreme Butoden?

DK: Another tricky question. We aren’t talking about that stuff yet, we might see it later on, but as of right now, what you saw in the game is what we have right now. We saw Goku go from base form to Super Saiyan in that cutscene intro. There could be some characters with transformation and there couldn’t. Some could be just the way they are in their own slot. There’s nothing to announce so far in terms of transformations.

KS: Will Bandai Namco give this same treatment for the Naruto series which hasn’t had a 2D title since the PS2 era?

DK: Ever since Dragon Ball got announced, I just imagined the possibilities of the different series we can do. We’ll see how well Dragon Ball FighterZ does. The reception has been great but we’ll see how well it does when it comes out, and hopefully, it shows the developers that this is something the fans want with other anime titles. There’s nothing to announce at the moment, but if this goes well, who’s to say that there isn’t a Naruto game.

KS: Will One Piece be next given they worked on both One Piece and Dragon Ball 3DS games?

KS: Is the closed beta coming before the end of summer going to be the same demo that we’re playing here at E3, or is there going to be some differences between the E3 Demo and the beta?

DK: This is a good question, it’s the first time someone has asked me that. I’m actually not sure what the closed beta is going to have in terms of characters, level and stuff like that. What I can tell you is that we want to get this game in the hands of fans as soon as possible so they can check it out. It’s more about the feeling of the game — looking at the game and seeing videos is one thing, but actually feeling kineticism — the actual movement of the characters, how each individual character feels, that is what we’re trying to focus on right now. As we get close to the closed beta, we’ll give you more information.

Dragon Ball FighterZ is going to release for PC, PS4 and Xbox One in 2018. A closed beta is planned before the end of summer. Stay tuned for more information as it comes.