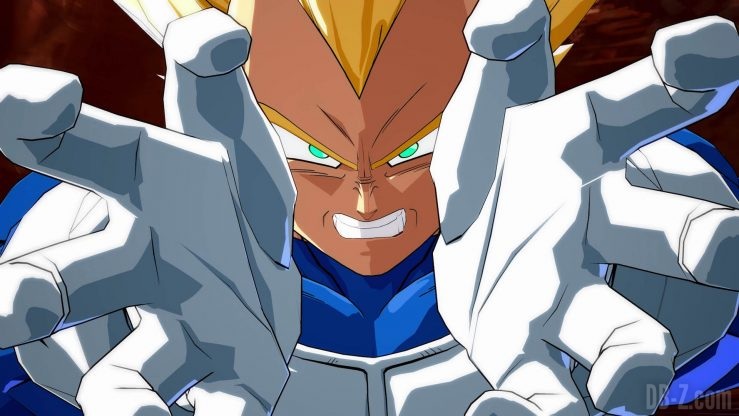 Bandai Namco’s Dragon Ball FighterZ is their upcoming 2.5D fighter coming to PlayStation 4, Xbox One and Steam in 2018. The E3 hands-on demo that I played was the Xbox One version.

When you start the game you can choose between Goku, Vegeta, Gohan, Frieza, Cell and Majin Buu in teams of three. The two stages available in the demo were Planet Namek and World Tournament. Before the match starts you’re greeted to beautifully animated introduction scenes from the characters.

The game plays very clean. Similar to their previous title Extreme Butoden for the 3DS in some cases. According to Bandai Namco, the game is designed to be easy to play, but difficult to master and based on the multiple times I’ve played I can definitely vouch for that.

Battles can get pretty crazy when you bring in supporting characters into the mix to throw ki-blasts and wave attacks so you’ll always want to be prepared and on guard. Super Attacks take a huge chunk of damage and uses up a good chunk of your meter. Gohan players however can choose whether his super is a full power attack or not.

While I personally didn’t sit with it long enough to memorize combos and train for high level play; the video below shows YouTuber Maximilian Dood who took the time to learn the mechanics and executes them very well as well as giving insight on blocking rushes with push-blocking and more.

You can check out the demo moveset list here and our Dragon Ball FighterZ interview here.