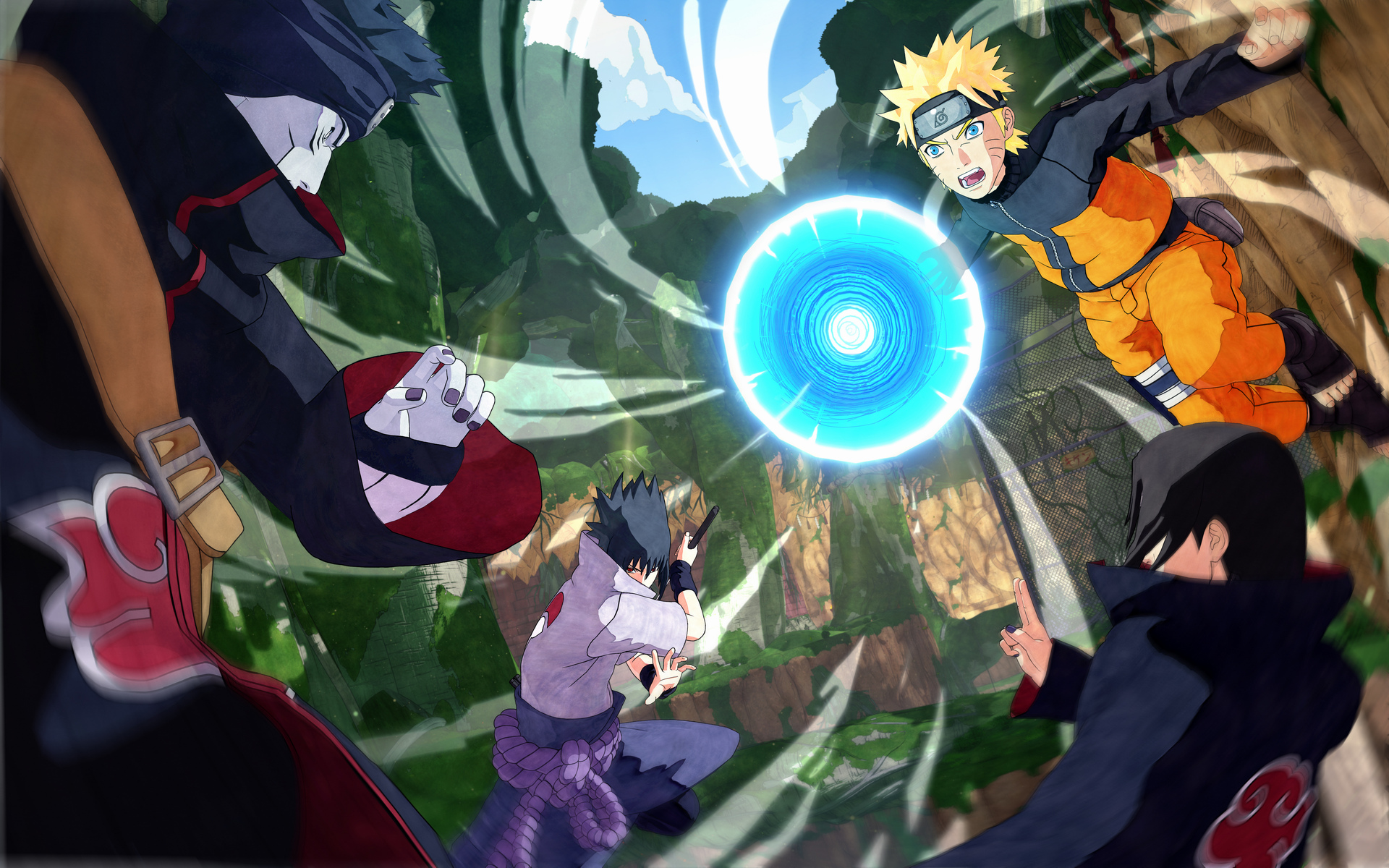 As previously seen in older scans, there are various types of fighters, as well as various modes to take on friend, and enemy alike! Check out the info and the trailer below:

Expert Ninja are gathered to compete in four-versus-four online battles in large 3D stages and choose between four different types and various Ninjutsu:

The two main battle modes revealed today can also be played in four-versus-four Teams are split into Offense and Defense in the Barrier Mode where they have to defeat the boss. In the Flag Mode, teams of four shinobi have to capture each other’s flag and take it back to their territory. Other sub mission modes such as the Escort, Extermination, and Subjugation will allow players to coop with friends to achieve the mission!