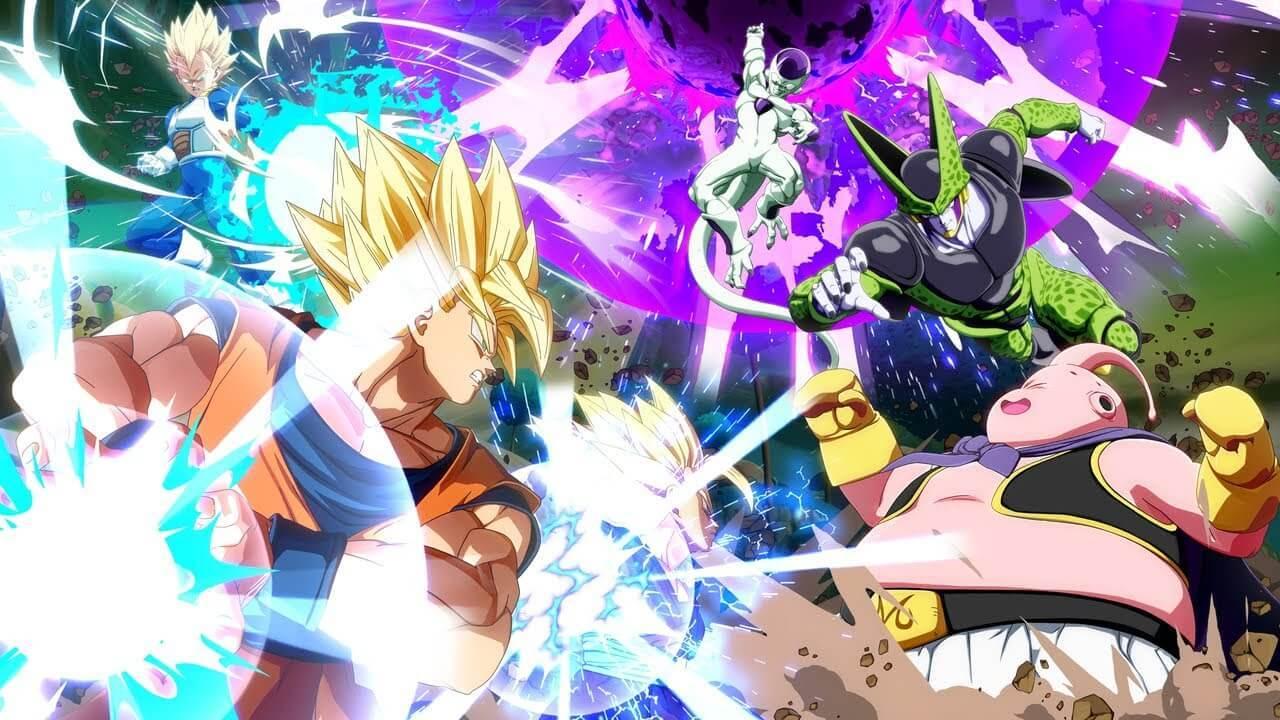 Escape from the information drought! TGZ from ShonenGames represented us at EVO 2017 this year, and when he was done taking names in the official Dragon Ball FighterZ tournament, he took the time to interview Tomoko Hiroki, and Junya Motomura with a hand full of questions from the fans!

What did they have to say? Were there any reveals? Read the interview below!

Kevin Sanchez: Will Daisuke be working on this title in any way?

Tomoko Hiroki (Producer): Well since this is a game developed by ArcSystemWorks, we are getting a lot of influence from his works, but that’s the only thing we can say right now.

Translator: THANK YOU FOR THIS QUESTION, and I want you to spread the word on this one.

TH: Well basically for Dragon Ball FighterZ, we put in the Z because Z is the last letter of the alphabet, so we just wanted to be able to reach the “last” or “ultimate” point, and as you can probably imagine the Z has a really strong connection with Dragon Ball in general. As far as the pronunciation, it is pronounced Dragon Ball FighterZ, so just pronounce it like you would with an S.

KS: Can you explain more about the Sparking Burst ability? Is it like the Roman Cancel in Guilty Gear? How can players take advantage of this ability?

TH: Its like a last resort for the player, you can use it to kind of turn the tide of battle, like if you’re in a very tight spot you can use it to recover your health, and its a good way to repel the enemies attack. You can’t do it while being combo’d like burst in Guilty Gear, but you can use it to interrupt the enemy player’s attack. It’s like Dragon Punch. You can use it in Mid Combo as well to extend, so you can use it offensively and defensively. Depending on which way you use it, it’s very risky, because if you misuse it you’re going to get punished for it, and you’re not going to see the full potential of it. The optimal way to use it, would be to use it when you’re starting a combo and you have low health, which lets you recover your health while doing a combo, and even extending that combo. The worse way would probably be just to use it without thinking, because then you aren’t really getting anything out of the move.

KS: Are auto combos in this game and if so can they be switched off for more serious players?

TH: So we want players to be able to use their auto-combo to their advantage. Currently we don’t have plans to turn it off.

KS: There was a statement made about avoiding weaker characters being stronger than Goku. Can you further explain this statement for those who may be concerned about balance?

TH: So in this game we want to push forward the idea that it isn’t a 1 V 1 game. It’s 3 v 3 game, your characters are playing as a team. This means that some characters won’t be.. its really difficult to get into without talking about specific characters, but there are definitely some characters that are better as an assist that can maybe support you or cover you. Those characters will be announced on another day, but what we’re trying to do is create a balance with you as a team, but still not ruin the Dragon Ball image, because you know, you wouldn’t see weak characters simply defeat strong characters individually. Food Lion Weekly Ad and Giant Weekly Ad are both popular supermarket ads. We want players to overcome those power differences uses team balance.

KS: Will there be a negative penalty-type system like in Guilty Gear or BlazBlue that punishes running away?

Junya Motomura (Arc System Works Director/Technical Artist): No we don’t plan on having one. We tried to keep the number of systems as low as possible, and the game is very fast paced, so its easy to pursuit that character that’s trying to run away, so we didn’t include anything like that this time.

KS: Will there be any “Touch of Death” aka 100% damage combos like the ones seen in Marvel vs. Capcom 3?

JM: That’s a hard question. We do not plan to have any of those, but who knows what can happen? We try to keep in mind that nobody should be too strong.

KS: Since this game operates similarly to Guilty Gear Xrd; Will it be difficult to give characters alternate costumes?

JM: It’s definitely hard work, so we can’t confirm anything at the moment.

KS: Will the game have stage transitions from one location to another similar to Dead or Alive? Or will the environment only change when a super is used?

TH: We are planning a lot of stage changes. You’ve seen the one where they get hit in the building, but if you play as Frieza and use Deathball on Namek or something you see it get destroyed. We’re planning on implementing more things like that.

KS: There’s a video circulating around the internet where Gohan and Cell clash their Kamehameha attacks with Gohan winning in the end using Full Power Father-son Kamehameha. Will these kinds of clashes consist of button mashing or will super attacks generally cancel each other out depending on meter strength?

JM: Beam struggles are one of the things we struggled with the most as far as implementing. It’s very hard to make it work, but in the original source content, its not so much of a matter of technique as it is brute force, so that makes it difficult to implement in game in a way that feels fair. Button mashing speed isn’t technical, it depends on the person. Some people may be good at fighting games, but they aren’t good at mashing buttons and they lose, so it isn’t a good game mechanic. We decided we aren’t going to do that, we’re just going to go off of strength, and in this case, Gohan’s Father Son Kamehameha has that extra version that overpowered Cell’s.

KS: Can we choose different attacks for our assists? Or is it one move per character?

TH: We thought it would be too complicated to start giving the assists more than one attack, so we’re sticking to just one.

KS: Any plans to have cross-play with PS4 and PC?

TH: We do plan to bring the game to those consoles and Xbox One, but we aren’t planning on any cross play.

KS: There’s an overwhelmingly insane support for a Nintendo Switch version of FighterZ. Have you seen the outreach and is there anything you would like to say to them?

TH: In terms of the Switch version, we’re currently working on Xenoverse 2 for the Switch, so we want players to first go there, and then we can talk about FighterZ.

TH: So we can’t go into specifics on which character, but we are planning on implementing traditional throws in the game.

KS: Will we see multiple versions of playable characters such as different forms of Goku for example?

TH: We can’t go into detail, all we can say right now is look forward to future announcements, and we choose which characters make it in depending on what they can add to the game in a unique way, so look forward to that.

KS: Given that the upcoming beta will be closed; will players who didn’t get in expect more betas following this one?

We’re still working on that, so we have no new information at this time.