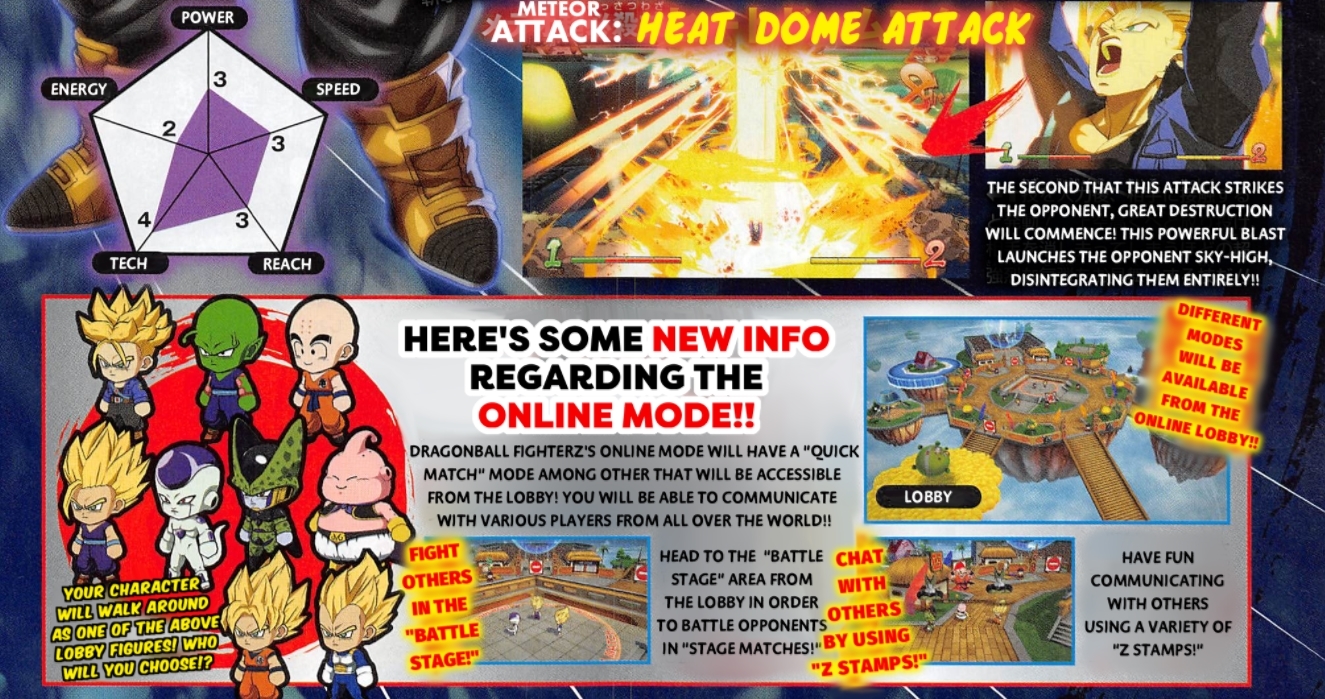 In addition to the character reveal scan, Trunks is also featured in this month’s V-Jump magazine. According to the scan, Trunk’s utilizes his uses his sword to extend his range and can use his Burning Attack to his opponents from afar.

Towards the bottom of the scan there’s new information about the game’s online lobby. Here players can walk around as their favorite character as well as access “Quick Match” among other modes and communicate with other players. Battles will take place in the “Battle Stage” and chat with other players using “Z-Stamps”.

If we had to guess, “Z-Stamps” could be preset phrases to say to other players.