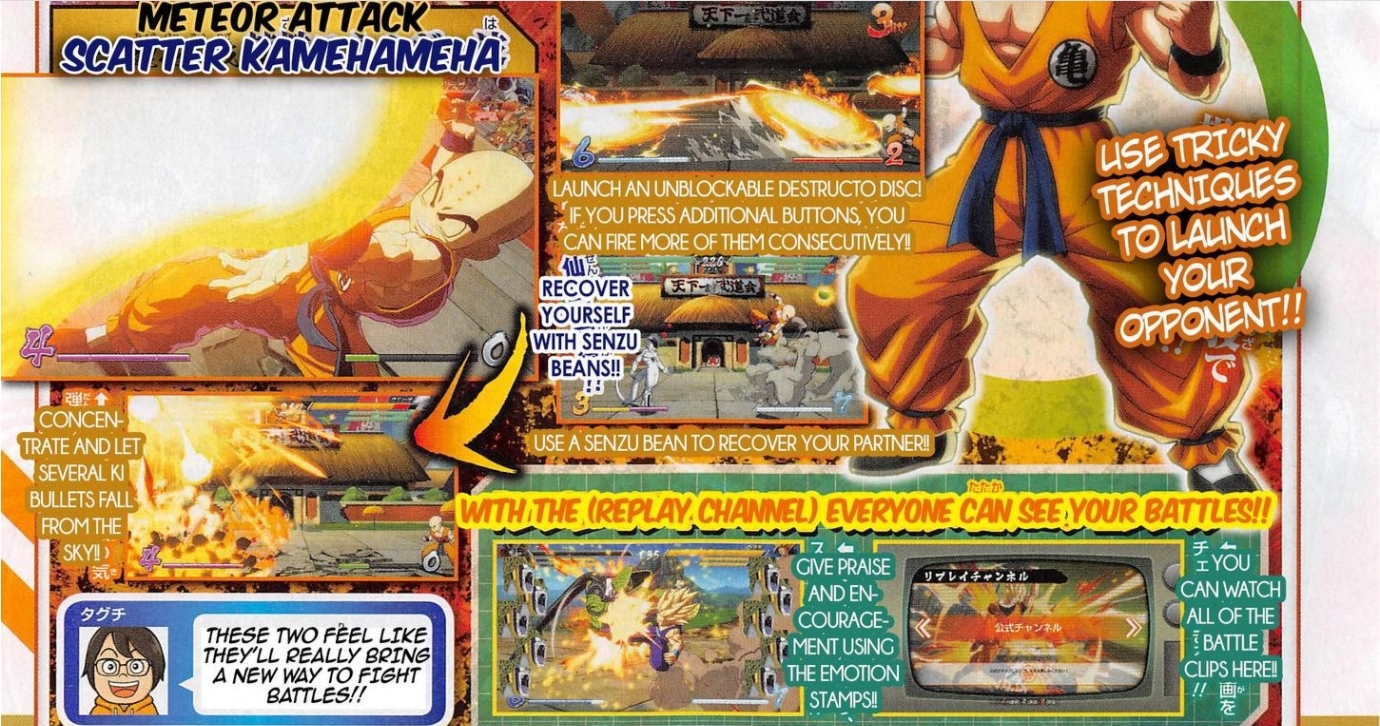 The latest Weekly Shonen Jump reveals some new information in the mix of the news that we’ve seen from yesterday’s V-Jump magazine. The new visuals confirm that Piccolo can use Hellzone Grenade in the game and that Light Grenade is a mid-range attack.

Krillin’s Destructo Disc is not only unblockable as we found out yesterday, but he can also toss multiple discs when you press additional buttons. He can also heal his team (and himself) using Senzu Beans.

Towards the bottom of the scan a new mode is revealed called the “Replay Channel” in this mode players will be able to watch their battle clips (as well as online players we believe). You can also add “Emotion Stamps” which seem to be reaction images (emotes) that can be added to the clips (as seen in the image below there are 10 Cell stamps).