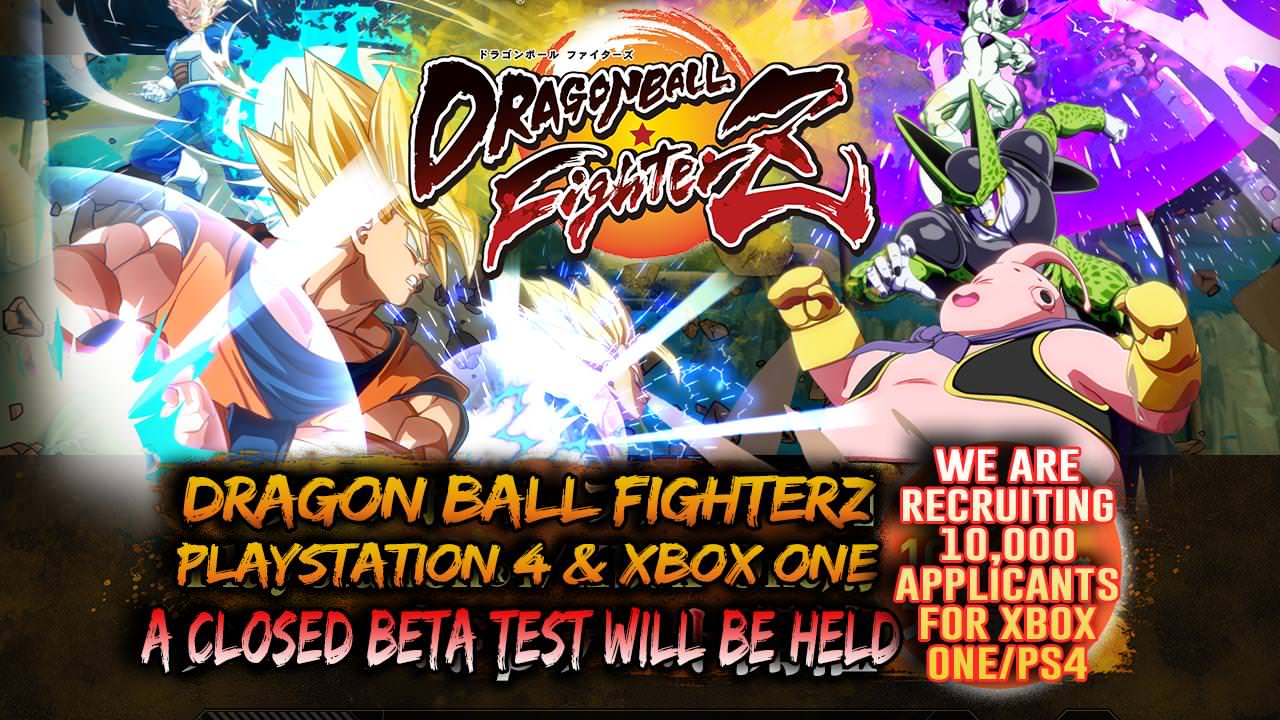 The official Japanese website for Dragon Ball FighterZ updated today with some news on the Japanese beta! The beta will allow up to 10,000 applicants to enter (which was probably what Namco US/EU wanted to do originally before the delay).

Bandai Namco EU posted the times the beta as well as promising to do their best to include more than the announced 9 characters in the upcoming beta. On the Japanese website it reads that the beta will have “approximately 10 characters” which could mean that there maybe possibly be a little over ten characters playable depending how you take it.

There will be some basic lobby features included as well as the online mode.