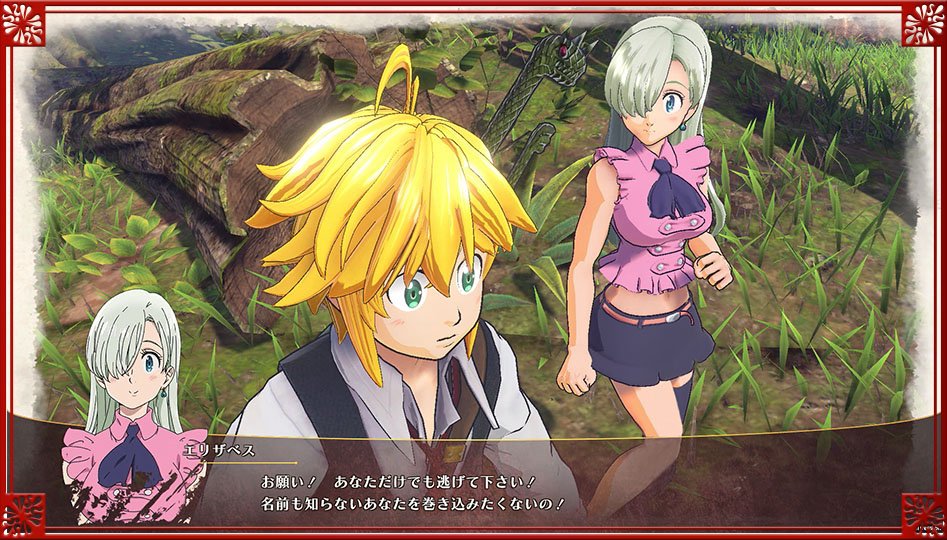 The first Seven Deadly Sins game for home consoles is coming soon, and Famitsu has given us details about the Powerful Ultimate techniques you’ll be able to use, as well as some aspects of the upgrade system!

In the scan below, we get screenshots of what looks to be two ultimate attacks. One by Melodias, and one by Ban. On the left side, a quote says “Every member of the Seven Deadly Sins possesses a strong ultimate technique and powerful magic abilities that take up the entire screen”.

Is this another hint that the game’s roster will include every member of the Sins? The anime has only gotten to Morgan, however this game would have to go up until the Ten Commandment Arc if it wanted to include Escanor, the 7th member of the group!

While exploring the world, you’ll be able to destroy items, and you’ll be rewarded with Magic Crystals. These crystals are used to upgrade the various characters at your disposal, however it isn’t very clear at this time how. There’s a brief look at the upgrade menu, but hopefully a new trailer will give us all of the details we need!

Until the, refer to the image below! Thanks Famitsu and Goutou Gamer for the translation!