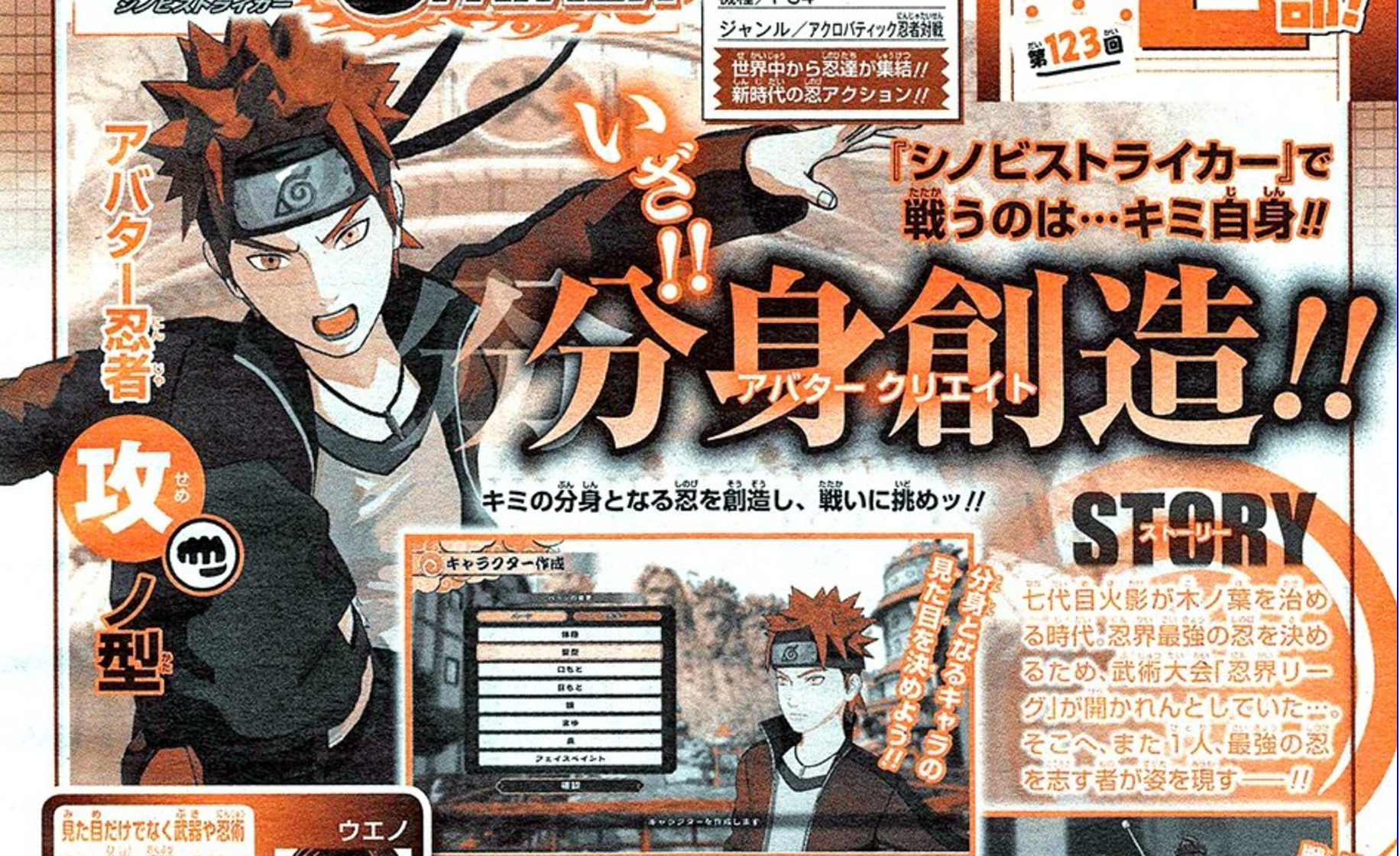 Naruto to Boruto: Shinobi Striker has been a mixed bag with most fans, however this week’s Weekly Shonen Jump shows off a new feature that may sway the game’s favor with fans!

Shinobi Striker will have a Character Creator! The character creator will let you create your very own ninja, and change his or her outfit, hair, and it seems you can even give them certain weapons! This is the first time in recent years that a main series Naruto game has had a character creator, so this is very exciting!

Boruto Uzumaki is also shown off briefly in the scan, using his shadow clones and wind style jutsu to take on his enemy! What type of ninja will you make? Our official translation should be released later today to give more detail on the system!