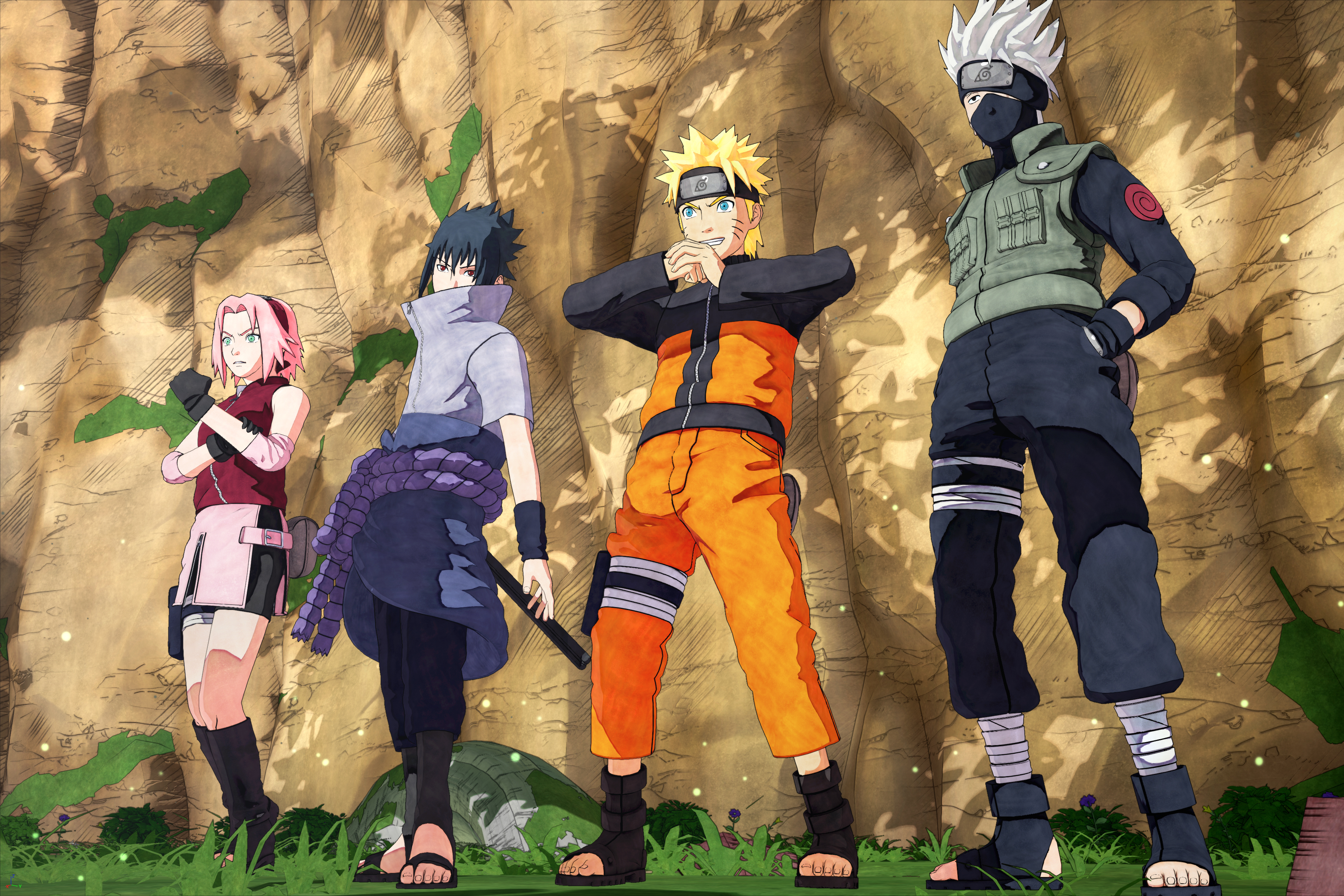 Our Thoughts On Naruto to Boruto: Shinobi Striker So Far

Naruto to Boruto: Shinobi Striker has had a mixed reception from Naruto fans, but many have voiced unmet expectations due to CyberConnect2’s Naruto Ultimate Ninja Storm series setting the bar so high (at least visually) or that the combat seems a bit stale. Regardless, Fabian, Christian, and I will be sharing our thoughts on the title based on the information we have so far.

Hi, I’m Fabian, a writer at ShonenGames, and instead of writing this from my office, I’m writing this from the offices of my healthcare provider. You see, I have to get my affairs in order because sooner or later, I’ll be playing Naruto To Boruto: Shinobi Striker; and if I don’t have the correct coverage, I’ll probably die from the sicknesses that this game will give me.

When I heard there would be a new Naruto title coming to PS4 and Xbox One, I was pretty excited. “Oh jeez, what’ll the maniacs at Bandai cook up this year!”, “Naruto is a beloved franchise” I thought. Before April 6th, 2017, I lived in a world where I could look forward to the next Naruto game, but since then, I’ve crossed over into a dark, dark place.

Is it that bad? It looks that way. I’ve been a huge fan of Naruto for a very long time, and the Naruto: Ultimate Ninja Storm series was entertaining to say the least, but now we find ourselves waiting for Naruto Striker (as the fans call it because the name is absolutely ridiculous), which is being developed by the studio that brought you such critically acclaimed titles as… Devil’s Third.. a game that scored a 43 on Metacritic, a 3.5 on IGN, and a delicious 3 on Gamespot, and… Devil’s Third Online, which barely made it past a year before being shut down.

Soleil Game Studios, a subsidiary of Valhalla Games Studios is taking care of this one. Even though it looks like they’re reusing a lot of the Storm animations for this title, at least the art style looks nice. The new art style should help the game run at a smooth frame-rate, and that means that the gameplay should be fairly smooth. That’s enough from me though, I’ll pass this article onto the next writer, let’s see if their opinions differ!

Personally, I never cared about the Ultimate Ninja Storm series, ever since its debut on the PlayStation 3, and always played the alternatives such as The Broken Bond or the Clash of Ninja series (also known as Gekitou Ninja Taisen in Japan). When both Naruto: Ultimate Ninja Storm and its sequel came out, it was nice to have alternatives – albeit on different systems. However, from 2011 and forward, it felt like all we got was Ultimate Ninja games, even on the PSP. There were a few games on the 3DS, such as the Naruto SD game, but I still stand by my statement.

When Naruto to Boruto: Shinobi Striker, or Naruto Striker for short, because as my colleague Fabian said, the name is ridiculous, got announced, I really liked what I was seeing initially since it looks fresh and nothing like we had seen before. I dislike how the character models look, and I get that they are going for a Manga style but it really makes the game look like it was designed for last generation’s systems. Two of my favorite things from the Clash of Ninja series were its free-for-all and tag team battles, which allowed four players to battle it out in singular or double matches respectively.

The fact that Naruto Striker is going to feature four-versus-four battles, with all eight players fighting simultaneously brought me some joy, especially with the new modes not seen in Naruto console games before such as capture the flag – something we have seen in the anime and manga series before. However, the more we learned about the game, especially it’s gameplay, the more my disappointment overshadowed my excitement. The gameplay just looks stiff. While the movements look somewhat solid, the combat really seems off, and it kind of reminded of Warriors Orochi 3’s versus mode, which isn’t exactly very good.

I believe that one should be open-minded when it comes to new games, and give developers a chance to prove themselves, but there are scenarios where gamers have the right to be on the fence right from the get-go, an example being how I was expecting Sword Art Online: Lost Song to be bad (and it was) because Dragon Ball Z: Battle of Z was bad, both made by Artdink.

As Fabian pointed out, the game is being developed by Soleil, who has worked on Devil’s Third, and Devil’s Third Online, the latter being the online mode from Devil’s Third released as a standalone on PC. Honestly, while the online mode was fun, it’s not off-field that the online mode shut down in less than nine months. I’m really hoping for Naruto Striker to be good, but with how things look now, and Soleil’s past track record, the game’s future is looking bleak.

I have a lot of mixed thoughts when it comes to Naruto to Boruto: Shinobi Striker. First let me start off my saying I do like the visuals a lot as it feels like the manga coming to life (despite Naruto’s model looking quite ugly).  The game also looks like a polished version of NNK (Naruto: Naiteki Kensei) which is an open-arena fighting game that moved from being a Half-Life mod to a Unity build. Whether or not the development team took inspiration from that game remains a mystery.

Sadly that’s about as good as it gets for me. The rest just seems very grim. Despite the game being about 40% complete around the end of May; there were no public demos at E3 or at this years Anime Convention which I found very alarming especially when Dragon Ball FighterZ was roughly 20% complete and had a playable demo. It made me wonder if Bandai Namco were even confident in pushing the build out in its current state.

The scans that were coming in at the time really did help keep the momentum going until we saw the trailers and recently some terrible gameplay shown off by Junko Takeuchi, the Japanese voice actress for Naruto. While she is definitely iconic, it doesn’t help with the game’s ability to stand on its own at all—especially when she had no idea how to play. Speaking of standing on its own, it’s hard not to make Storm comparisons when most of the assets look like they were taken from previous Storm titles which makes this game feel like a low budget cash-grab.

I’m hoping that my opinion changes when a playable demo releases, because as it stands right now (and Fabian is going to hate me for this) it looks like an Anime-Overwatch title.

Fabian: I can confirm that I do hate him for this ^. 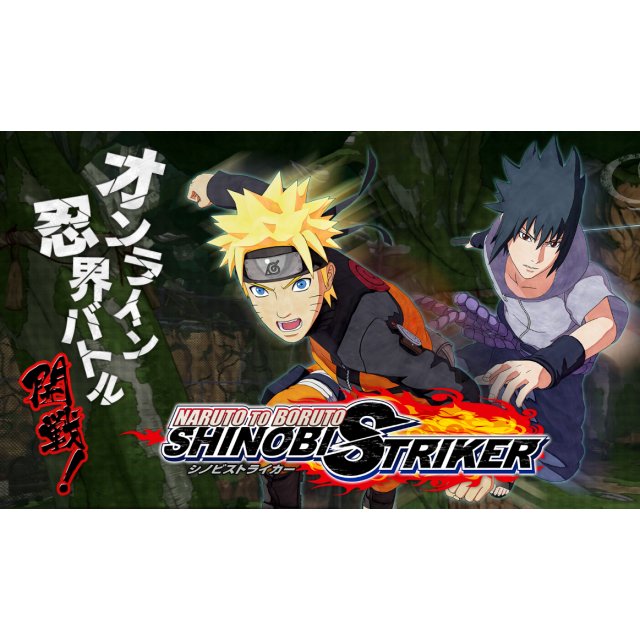