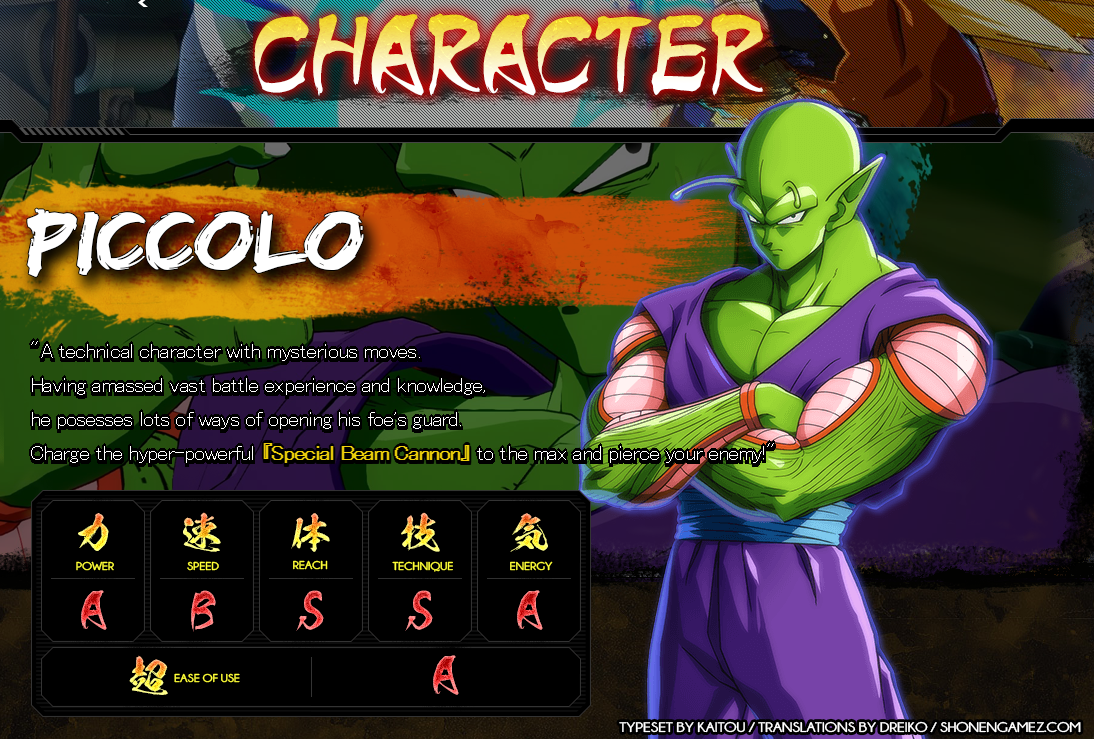 Bandai Namco has updated the official website for their upcoming fighter Dragon Ball FighterZ revealing different stats for each character. The stats are as follow—power, speed, technique, reach, energy, and ease of use, with SS being the highest mark and C being the lowest, at least so far. The characters whose stats got revealed are all nine confirmed characters so far which include Goku, Vegeta, Trunks, Gohan, Frieza, Cell, Majin Buu, Krillin, and Piccolo.

From the nine characters so far, it seems that Goku and Vegeta are the easiest to use as they are both SS ranked, following with Gohan, Trunks, Krillin, and Cell as S ranked, and Frieza, Piccolo and Majin Buu requiring more skill than the other five characters, as they are A ranked.

Dragon Ball FighterZ  will be releasing for PlayStation 4, Xbox One, and PC next year. Check out each character and their respective stats below:

[Update] Reach and Technique were backwards. We apologize for the confusion!