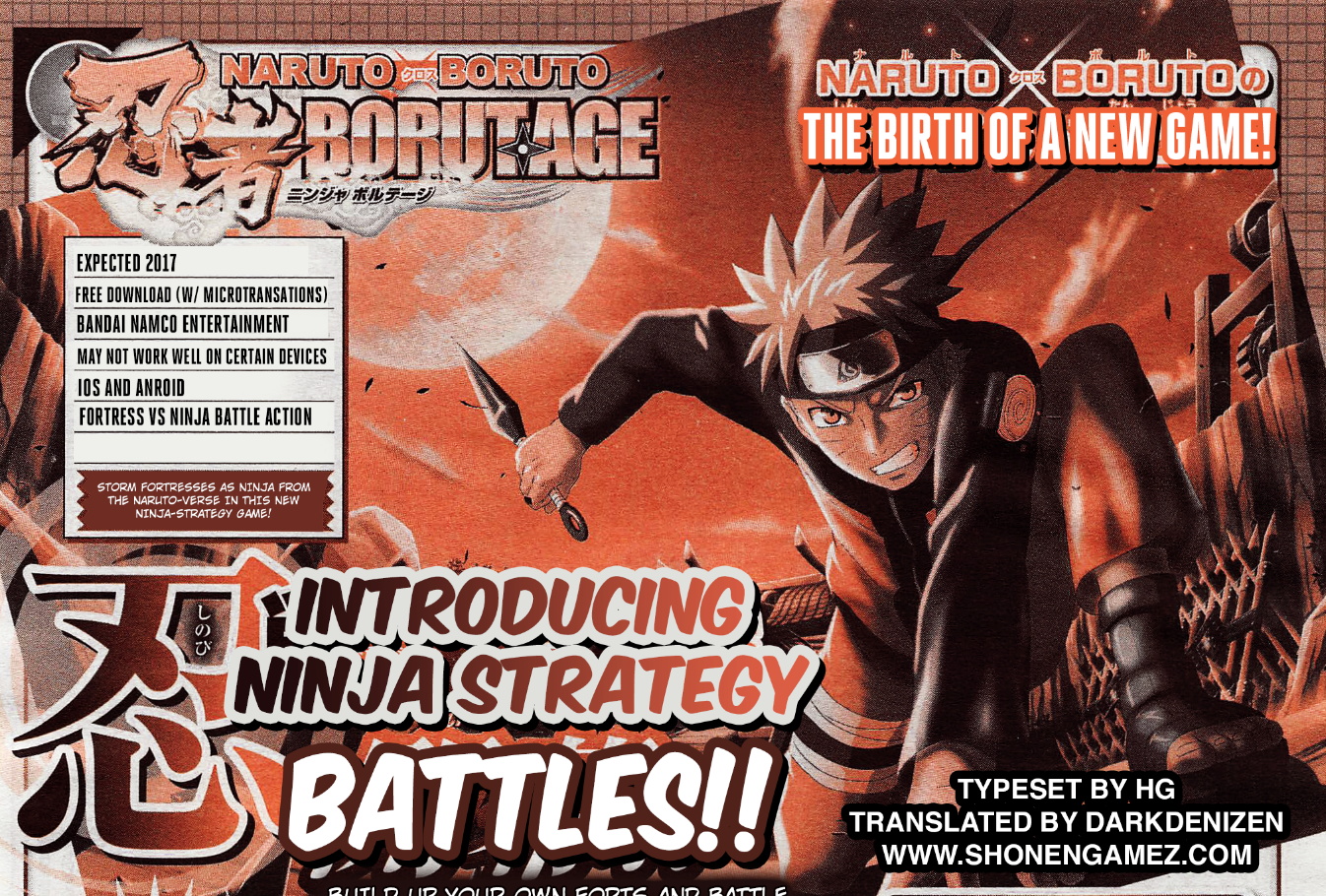 Many Naruto fans are currently enjoying Naruto Blazing’s first year anniversary, however it looks like they might have to divide their time between Blazing and a new Naruto game dropping later this year!

“Naruto x Boruto: Ninja Borutage” (which we’ll be calling Ninja Voltage, due to the existing trademark for that name) is a new game heading to Android and iOS in 2017, where you’ll defend your castle or fortress from enemy ninja. The game seems to have some sort of multiplayer aspect, but that isn’t quite clear at this time.

You’ll set a team of ninja to defend your fortress in this ninja strategy game, but ninja aren’t always enough! You’ll have the chance to set traps, and really plan out your defense!

We’re hoping that the game will contain tons of fun characters and amazing character arts! In the scan, we see Hidan, Itachi, Deidara, Kisame, Early Shippuden Sasuke, Naruto, Kakashi and Sakura! There is also what appears to be a unit art for Hinata, so we expect her to be playable as well.

Check out the scan below, and remember to pre-register on the main site once it comes up to get Boruto!