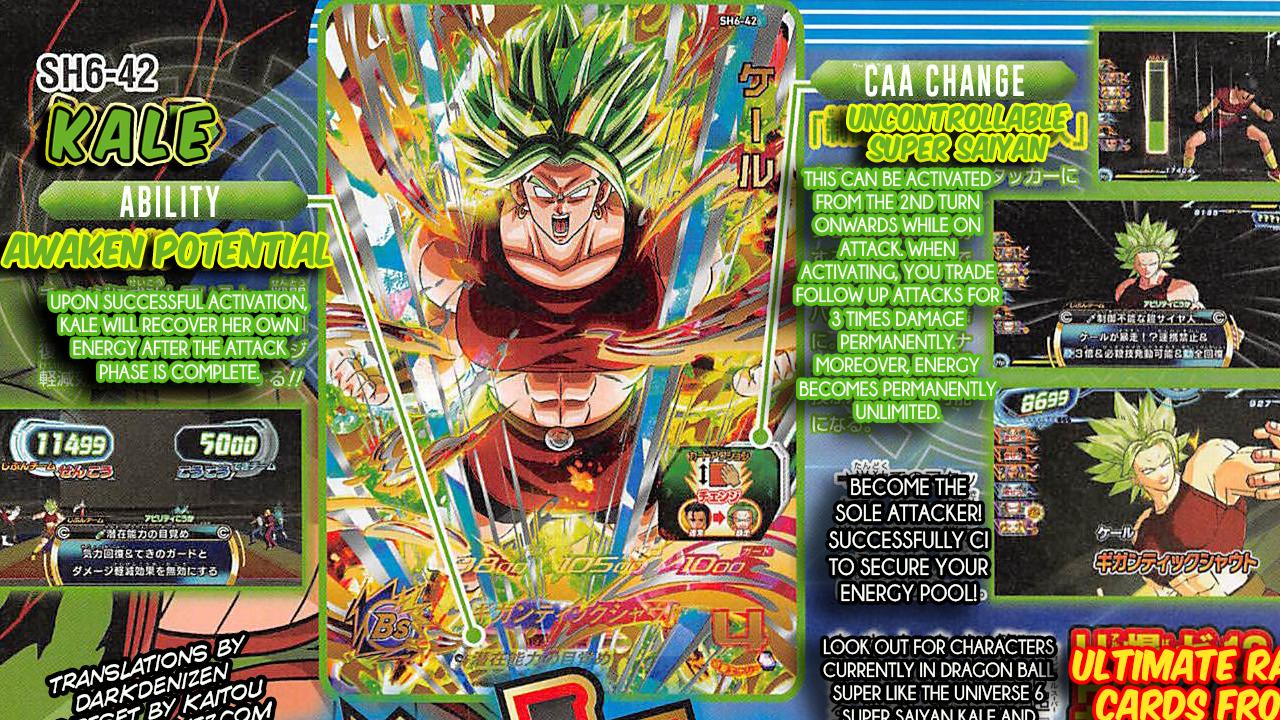 This month’s V-Jump introduces Kale, Caulifla and Toppo as characters that will be coming to the Super Dragon Ball Heroes arcade game! When Kale achieves her “Uncontrollable” Super Saiyan form she can permanently do 3x damage to opponents and her energy meter becomes permanently maxed out!

Caulifla’s Ultimate Unit attack does 2x damage on enemies and her CAA is a “Triple Saiyan Attack” after the second turn if you use her, Kale and Cabba for a triple attack and gain a 2.5x attack bonus!

Finally Toppo uses moves such a Justice Crusher that will do more damage depending on how many opponents are on the other side and Justice Blow which lower attack units defense and energy recovery.