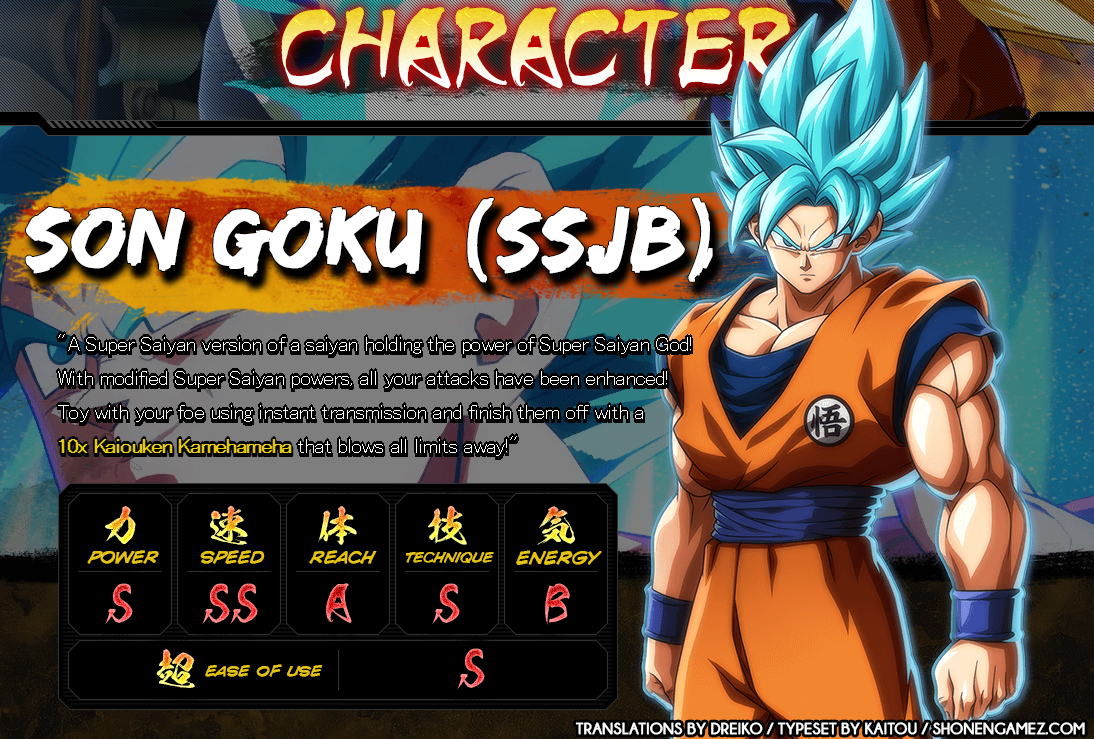 Bandai Namco has updated the Dragon Ball FighterZ‘s official website with character pages for Super Saiyan Blue Goku, Super Saiyan Blue Vegeta, Android 16 and Android 18, each stating their character stats. Like the previous update, the stats are as follow—power, speed, technique, reach, energy, and ease of use, with SS being the highest mark and C being the lowest. Compared to their regular Super Saiyan counterparts, it seems both Super Saiyan Blue’s will be slightly harder to use but seem to have slightly better stats overall as well.

Dragon Ball FighterZ will be releasing for PlayStation 4, Xbox One, and PC next year. Check out each character and their respective stats below: