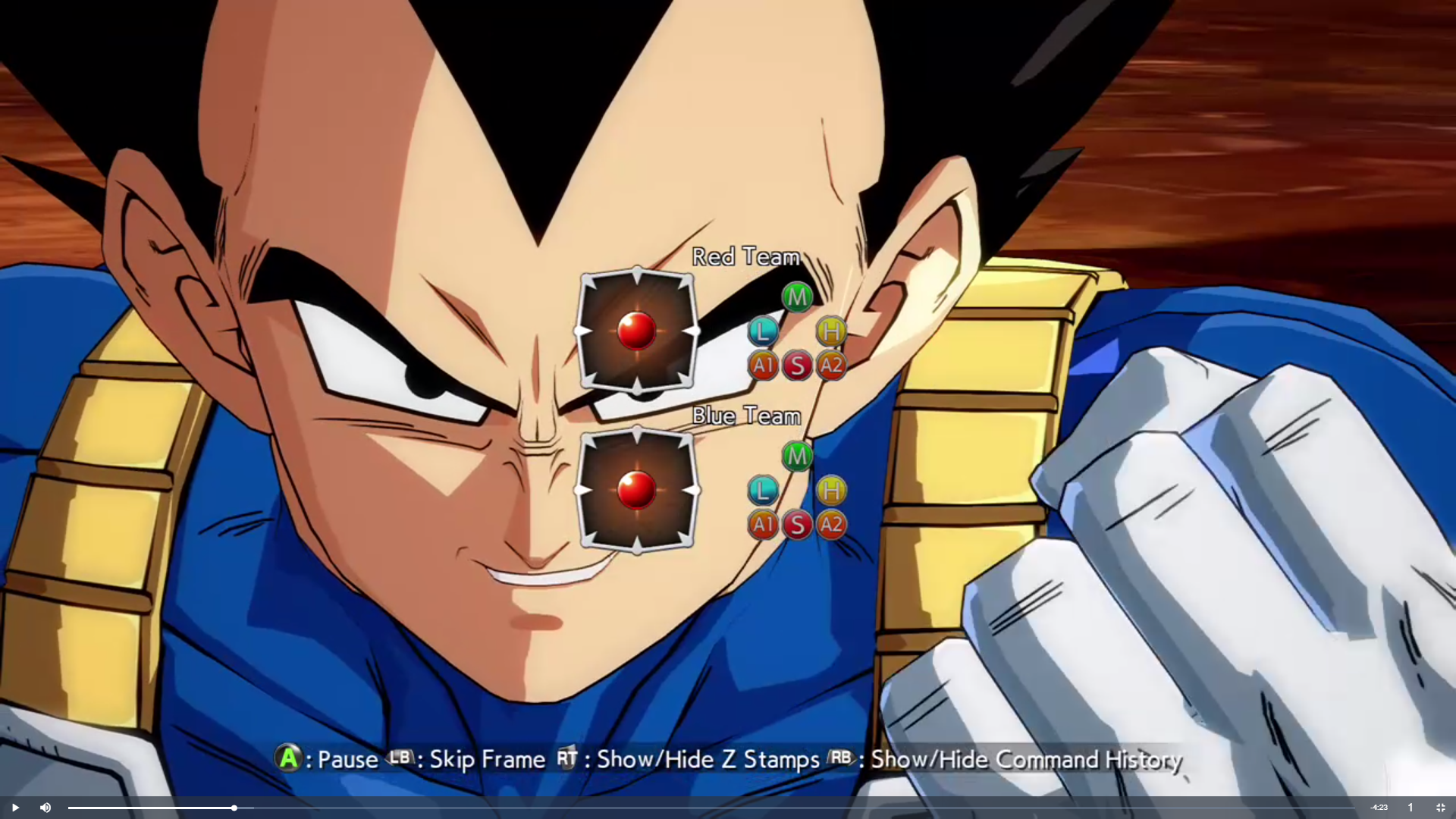 User GabTom1226 was somehow able to get into the Dragon Ball FighterZ beta and there is a lot to uncover based off the footage that he posted which you can view here. Today we’ll be looking at screenshots from the video and do a breakdown of sorts to show what this beta has to offer.

In Replay Mode, as stated in the above image, players can view a variety of official replays and the beta also teases that the full version of the game will allow you to watch more replays across several different channels. In this beta, it seems the only replays that are available are ones from the “Official Channel” (possibly footage of the Arena Match, but more on that later).

Once a replay is selected from the “Official Channel” players can not only watch these, but they can also look at the players button inputs to see how they performed certain moves (or to see if they were just button mashing) as well as show Z-Stamp emotes and frames it sounds like you can even go frame by frame, but this isn’t clear at this time.

The closed beta has a variety of stamps for you to choose from like Cell, Vegeta, Goku, Buu, Frieza, Android 18, Trunks (Dragon Ball Super) and more! With these stamps you can post reactions literally anywhere on the video. Posting the stamp on the left side would represent Player 1 and Player 2 on the right.

Pressing the start button will lead to a couple of menus with”Customize” being one of them. In this menu, players can edit their online avatar, change their avatar color as well as set their preferred teams, stages and BGM.

The Options mode has what you would expect from most games. Lobby Settings allows one to change their display name, Screen Settings contains Brightness and Subtitle features, Sound allows players to change the volume of various sounds and even Button settings to remap buttons to preferred layouts.

Arena Match will have players battling each other online (assuming randomly for the beta). You can select your preferred team beforehand (not sure if mandatory or optional) and join the battle! Check Big Lots Ad and Bilo Ad. Players can also spectate matches if they choose not to participate. It’s unclear if spectating matches will allow the use of Z-Stamps, but it would definitely be interesting to see that option available to make spectating more fun.

Last but not least Z-Stamps can also be used as a form of communication in the main lobby. Players can use these stamps to request battles, say phrases such as “okay” or Cell’s hilarious “Damn, you were planning that all along.”