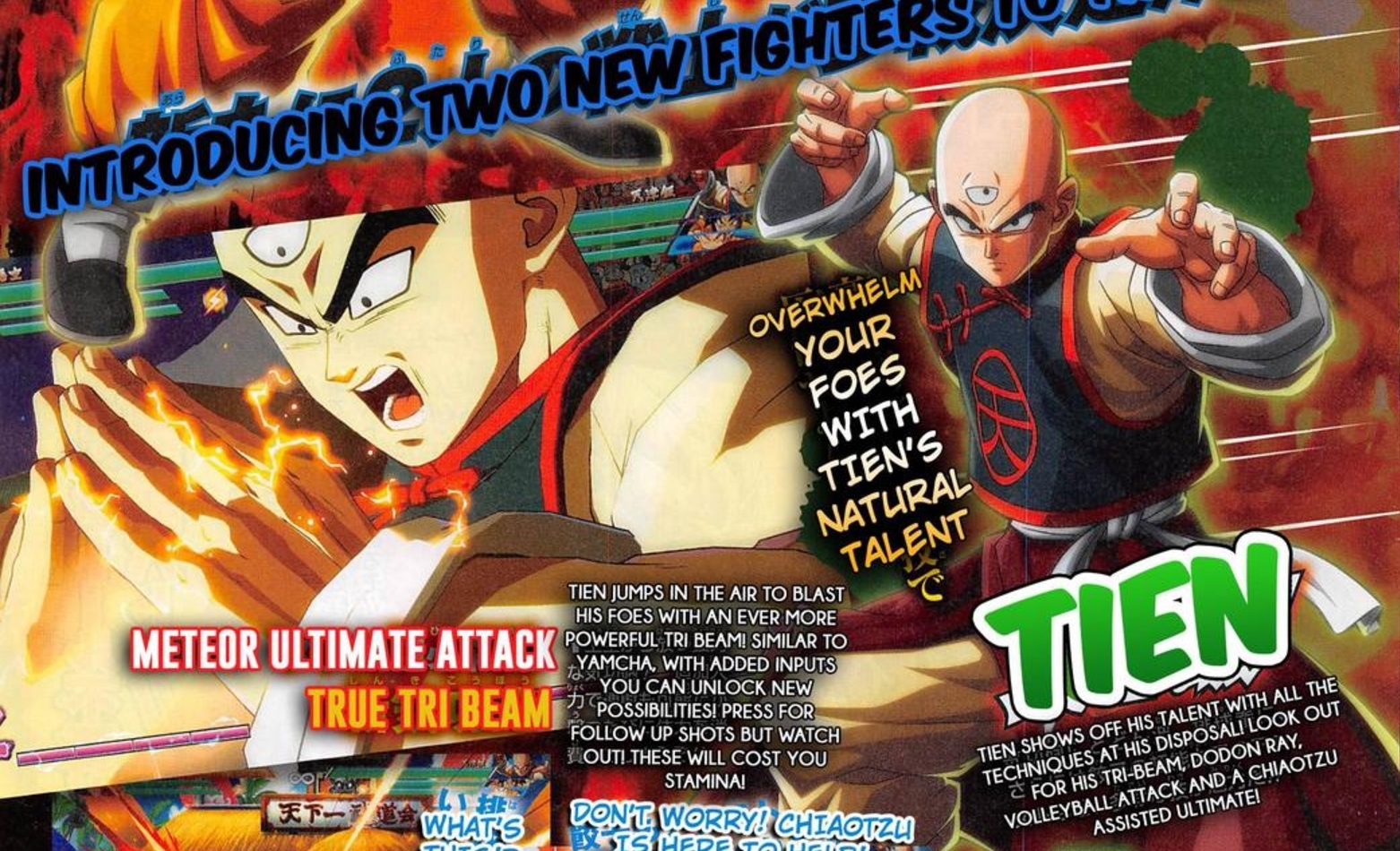 Earlier, we revealed that Dragon Ball FighterZ will be adding Android 21, Yamcha and Tien to the roster! The scan translation reveals plenty of interesting information with the first bit being that Android 21 is an original character created by Akira Toriyama himself!

According to the scan, Android 21 is said to rival the intelligence of Dr. Gero/Android 20! The scan teases that she may have some sort of connection to Android 16’s resurrection in the story mode.

Yamcha, the second character revealed in the scan, specializes in close-combat. Not only can he get up-close and personal, but he also has a variety of sneak attacks in his moveset!

Last, but not least, Tien can use a variety of attacks as well such as Tri-Beam, Dodon Ray, Volley Ball Attack as well as an attack assisted by Chiaotzu to seal your opponent’s movements.