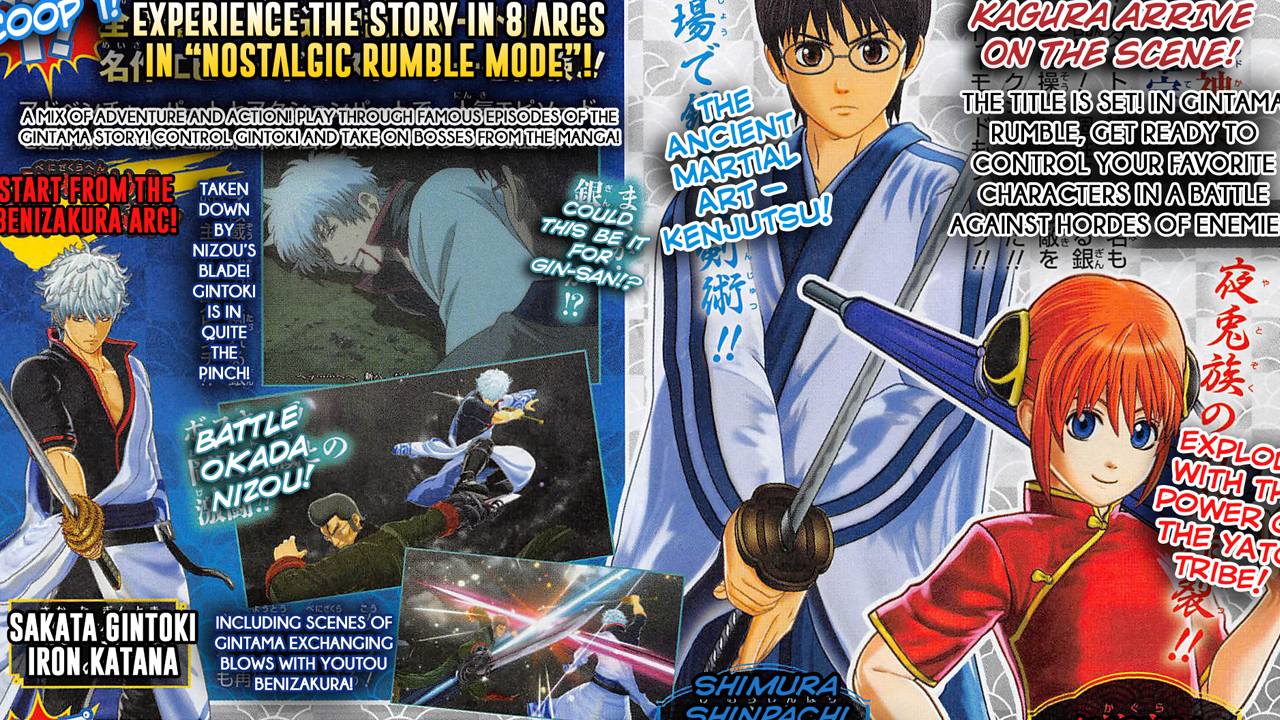 The latest issue of V-Jump reveals that both Shinpachi Shimura and Kagura will be joining as playable characters in the upcoming PS4 and PS Vita samurai action game Gintama Rumble. Additionally, both Sadaharu and Elizabeth will also join the rumble as assist characters. The game will have a mode called “Nostalgic Rumble Mode” which will feature 8 story arcs from the series, starting from the Benizakura arc. This mode will include a lot from the series, including scenes of Gintoki exchanging blows with Okada Nizou, and you will be able to take on a lot of bosses, including those from the manga as well. Check out the scan below: