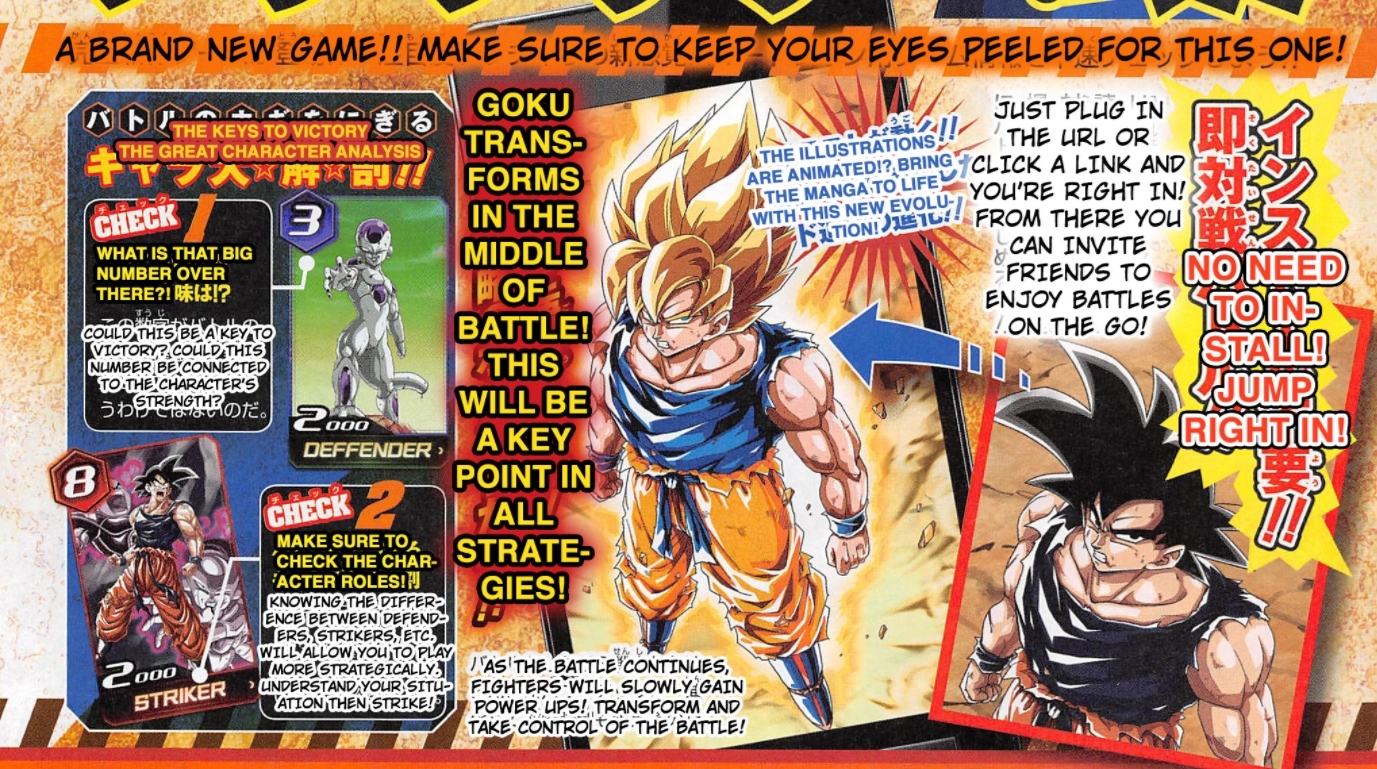 V-Jump magazine teased an upcoming Dragon Ball browser/mobile game titled Dragon Ball Z: Bucchigiri Match*. The upcoming title allows you to invite friends to battles on the go with a simple url link. The game will also have animated illustrations which is described as the manga “coming to life.”

As you play you’ll be able to use power-ups and transformations to take control of the battle.  Defenders and Strikers are the two confirmed card types in the game and the top number seems to indicate the strength of the card.

A trailer will be revealed at this year’s Tokyo Game Show so stay tuned for more updates next week!