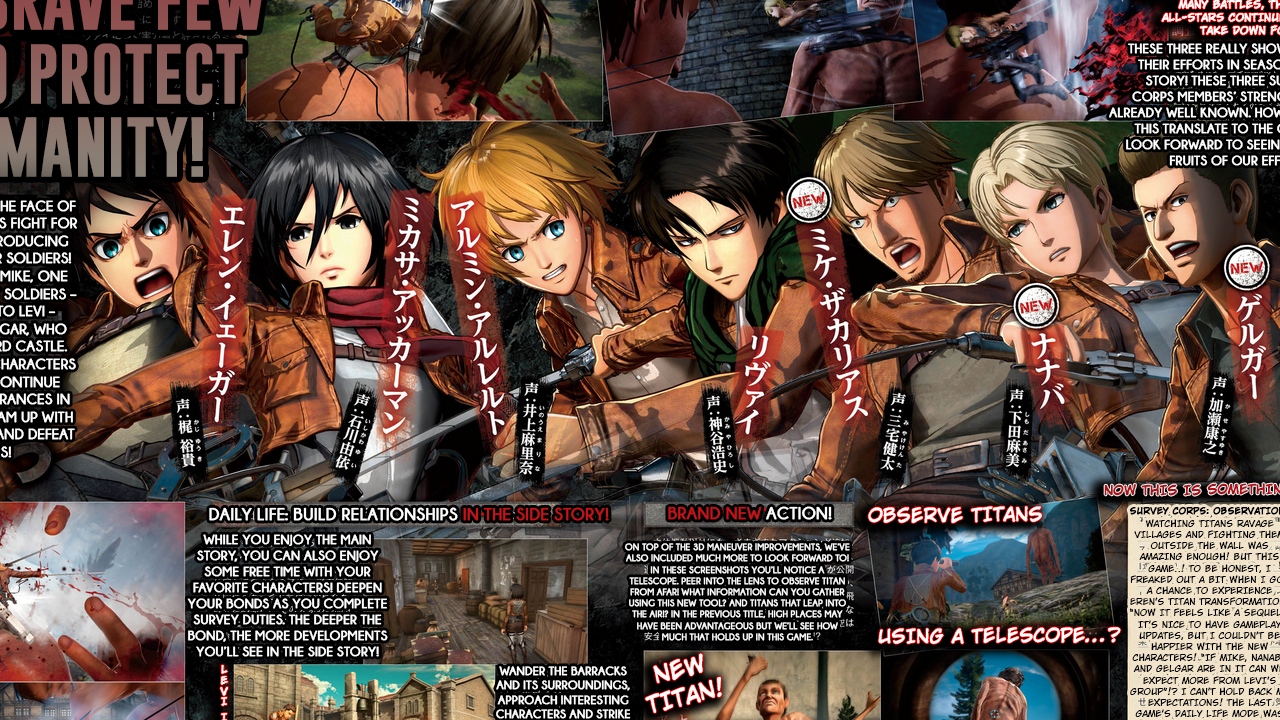 (Spoilers Ahead On Second Scan)

The latest issue of Famitsu has released two scans about Koei Tecmo’s upcoming game Attack On Titan 2 which gives details about the evolved 3D maneuver system, which now gives players more control as well as new attacks that can be used against the Titans. Additionally, the game will include original content in addition to Season 2’s story and three new playable characters. Attack on Titan 2, which is expected to release next year for PlayStation 4, PC, Nintendo Switch, Xbox One and PS Vita, is 65%. Check out the scans below: