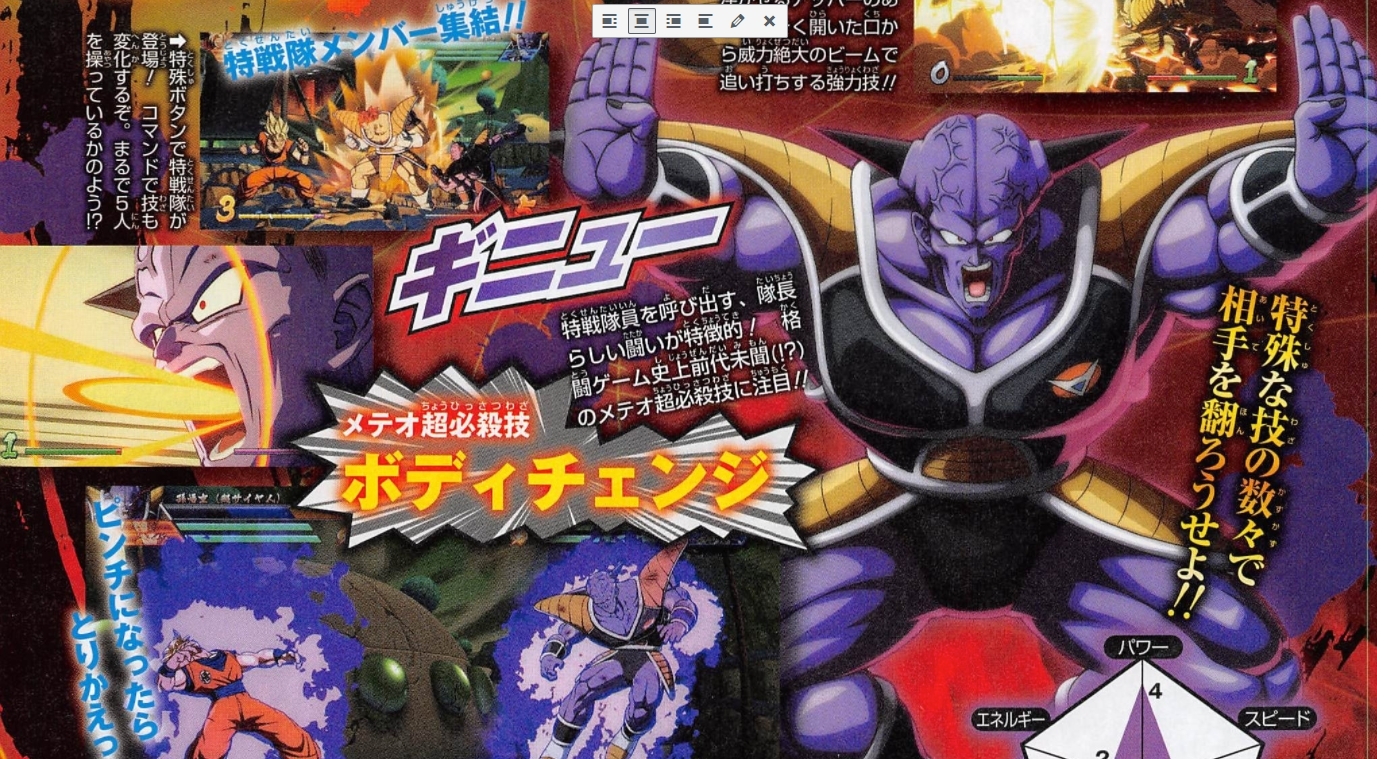 V-Jump is here, and with it a whole new drop of information for Dragon Ball FighterZ! First up is the release date! Dragon Ball FighterZ will be launching on February 1st, 2018 in Japan for the PlayStation 4, Xbox One, and PC. At this time it isn’t clear if the International versions will match that release date, however an announcement on those should be coming very soon.

Nappa and Captain Ginyu with the Ginyu Force are revealed in the scan! Ginyu has the Ginyu Force members in his moveset, which is similar to how Android 18 has 17 in hers as a built in assist. Captain Ginyu also has the Body Change technique as his Ultimate, allowing him to switch characters with his opponent!

Nappa will have the ability to summon Saibamen, and will likely be a tanky fighter due to his size and experience! His ultimate technique is his Break Cannon, which has been called Kapa in other games (namely Budokai Tenkaichi 3).

Who will be the next characters revealed? Let us know how you feel about these new reveals, and who you think will be next in the comments section below!

Thanks to Gematsu for the details.