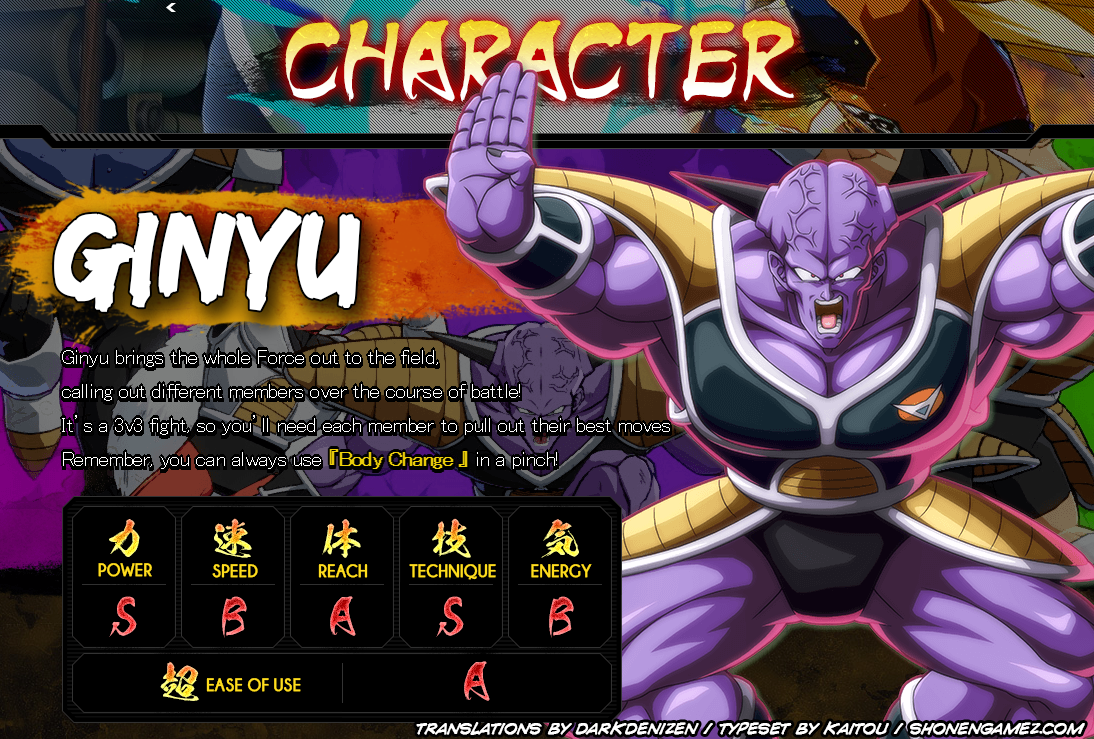 The official Dragon Ball FighterZ Japanese website has updated the character section of their page with some bits of information on Nappa and Ginyu as well as their stats. Nappa excels in raw strength and he can summon Saibamen to automatically attack the opponent. Captain Ginyu’s moveset consist of the entire Ginyu Force (which is what we were personally hoping for) and can use “Body Change” when he is in a pinch.

Additionally, we have translations for Tien and Yamcha (since we missed them during their reveal). Tien is an easy to use and well-rounded character. His Volleyball Fist can be used to get a quick 3-hit combo. If players need range, they could use his Tri-Beam, but at a cost. Chaiotsu may have some great uses, but don’t rely on him too much.

Lastly, Yamcha is a very fast character. Players can use his Spirit Ball for opponents who move around a lot. The developers left a funny line towards the end where if they complain that you “cheese” (basically another word for spam) with Yamcha, but it doesn’t matter because you’re winning.