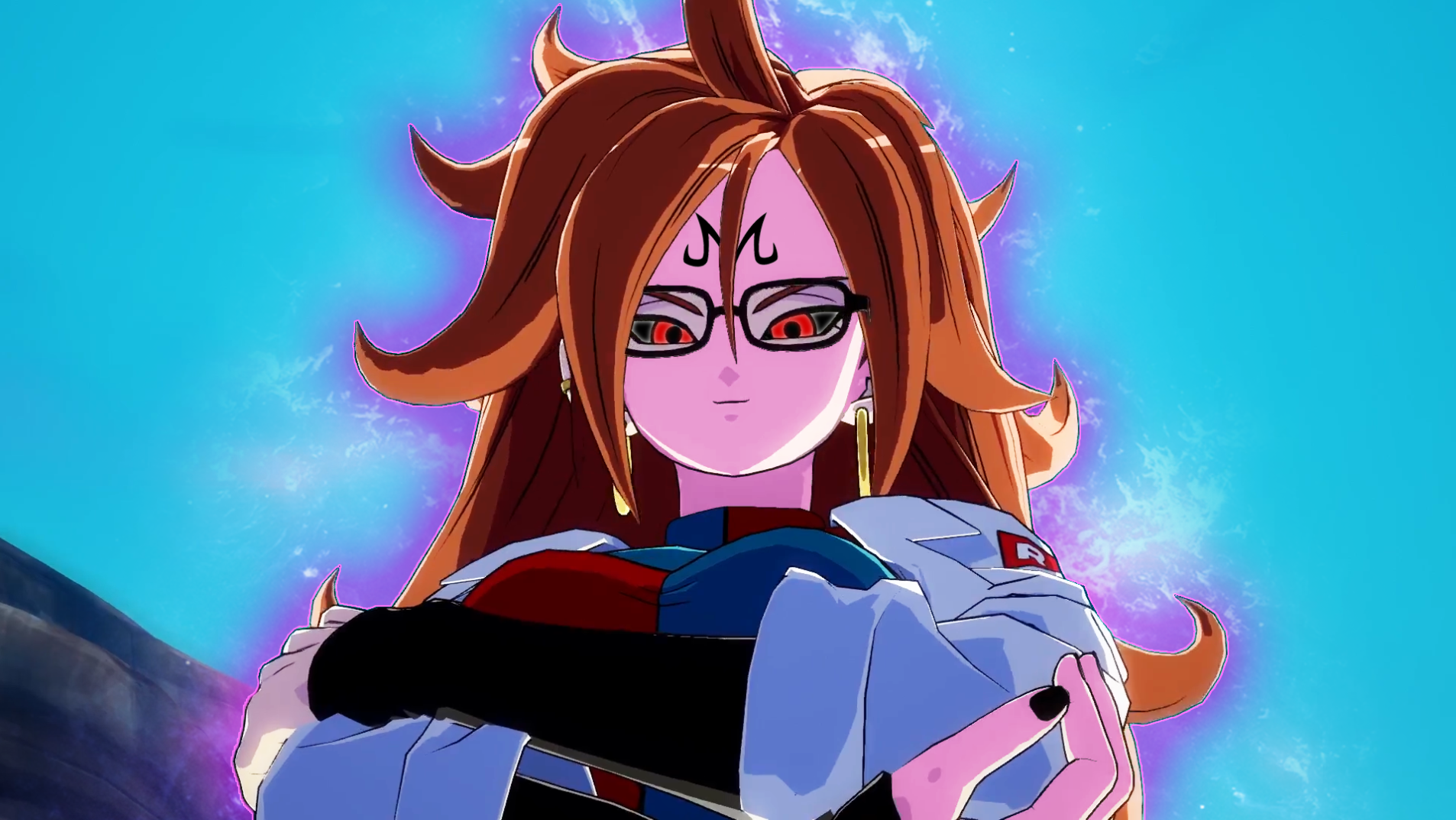 A mysterious figure has appeared in the latest Dragon Ball FighterZ Trailer.

She can only be seen in a brief segment of the trailer, but look closely on the right in the screenshot below!

In the Dragon Ball FighterZ Discord, we’ve speculated that this is a Female Buu, however it also shares some features with Android 21. Android 21’s hair and figure, look like they’ve been fused with a Majin Buu.

We know that several characters are in the Wastelands during an altercation with Android 21 (which we break down in the video below), but could Android 21 possibly fuse with Majin Buu somehow!

Android 21 makes a comment about people being “tasty” in the the English Subbed trailer, could this be part of her character?

Our theory is that Android 21 has cloned herself, and that clone has taken on some of Majin Buu’s DNA, to create a power Android 21 (Majin Vers.).

What do you think? Does this look like anyone else we know is on the Roster? Let us know what you think below!
Michaels Weekly Ad can offer you holiday decoration. At the same time, you can see Hobby Lobby Ad for similar offers.