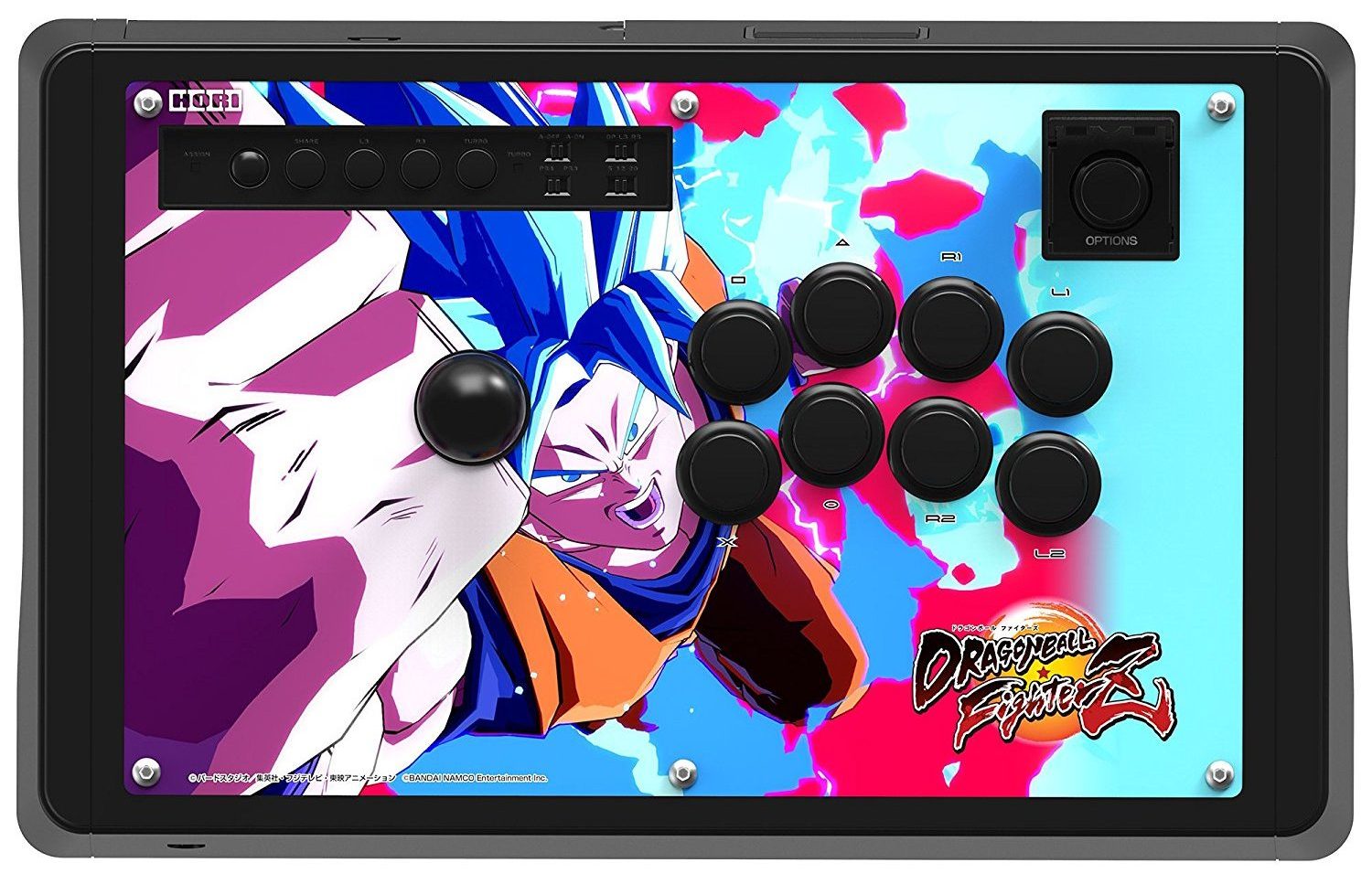 Amazon Japan has recently listed Hori’s Dragon Ball FighterZ fight stick online which is a HORI Real Arcade Pro Arcade Fight Stick with SSGSS Goku art. The stick will be compatible with the PS4, PS3 as well as PC. It also includes a headphone/microphone jack, touch pad and other basic standard features of the stick.

The stick will release on February 1st in Japan.

Update: Turns out this is the Real Arcade Pro Arcade Hayabusa stick