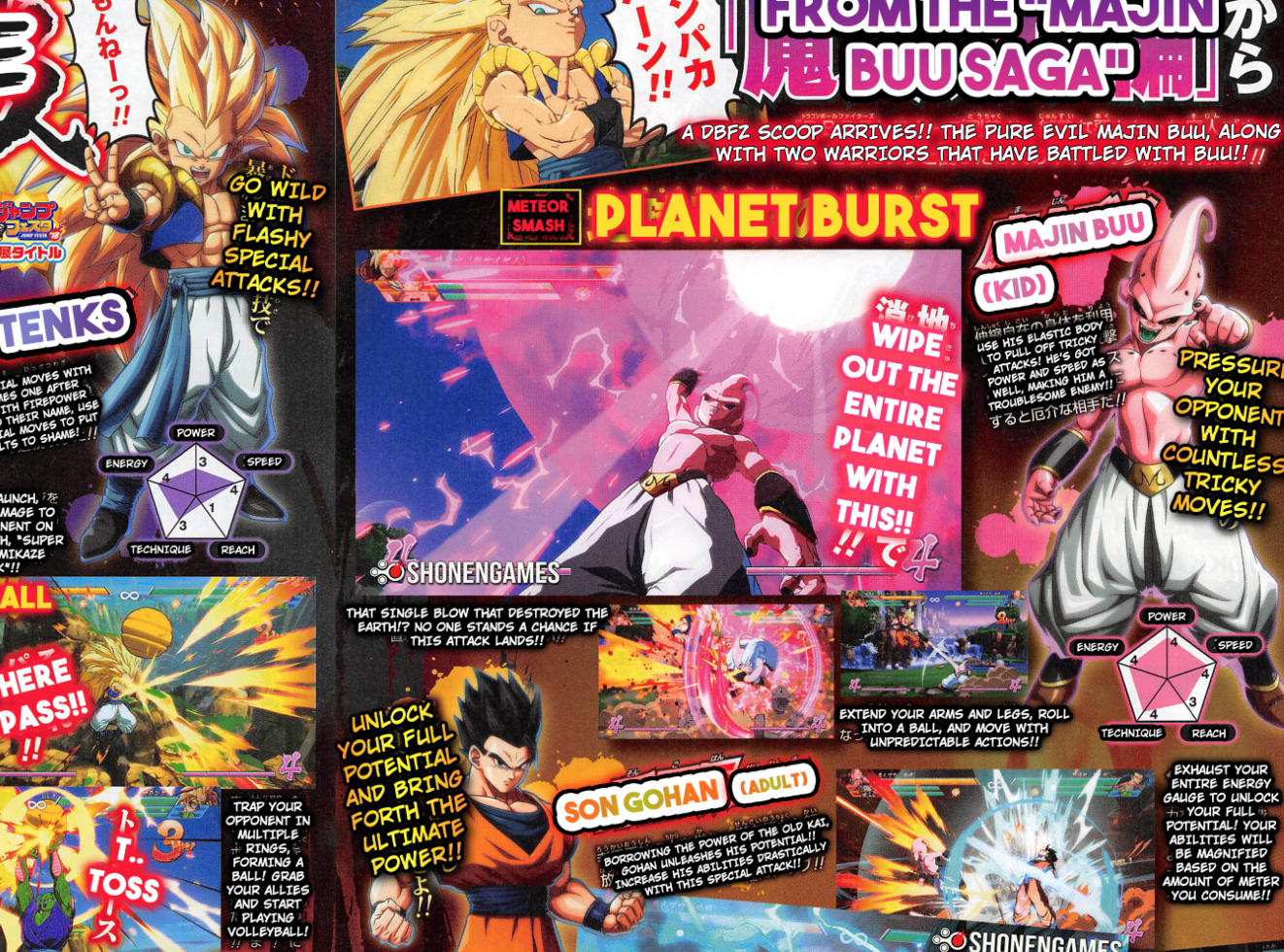 The latest V-Jump scan for Dragon Ball FighterZ is here, and it is translated!

The scan breaks down each new fighter, starting with Gotenks!

Gotenks is a very flashy fighter, with very short range. He has loads of techniques, and his Charing Ultra Buu Buu Volleyball sets up a spike for you, and a team member of your choice!

Majin Buu is already part of the roster, but Kid Buu will be joining the roster along side with him! Kid Buu joins the battle with his Planet Burst technique, ready to destroy the planet. All of his stats are almost perfect, except for his reach stat, however expect Kid Buu to stretch and hit you sometimes, even when you don’t expect it.

Ultimate Gohan, otherwise known as Son Gohan (Adult) joins the battle and tries to take the anchor role! He’s a fairly well rounded character with some interesting aspects. Ultimate Form allows you to spend your Ki Gauges to unlock Gohan’s potential. Depending on how much Ki you use, Gohan will see higher and higher buffs. This move also seems to damage enemies if they’re too close to Gohan when he unlocks his hidden power. There are tons of giant fireballs in this game, but nothing can stand up to Gohan’s Ultimate Kamehameha!

The scan also gives minor details on an arcade mode that lets you take on enemies for fun, a shop that allows you to buy alt palettes for your characters and special titles, as well as Trunks’ Fighting Dojo, where you can practice your skills, and Frieza’s Briefing Room, which seems to have to do with using certain special attacks on certain enemies, but it isn’t really clear at this point.

Check out the scan below!